As we take our seats in Aberdeen’s His Majesty’s Theatre for Derren Brown’s Showman, a nervous excitement fills the room. It’s been five years since Brown toured, and expectations are perhaps a little too high. Might his ability to render audiences speechless have lessened over time? Will this latest show be just as spellbinding as the others? Will our jaws drop in awe? 1,400 people want to know.

There is a lot to admire about the British illusionist. Ever since he made his TV debut with Derren Brown: Mind Control 20 years ago, he’s been stunning audiences with his mind-boggling tricks. But it’s not just his talent for magic and psychological techniques that captivate crowds; Brown is a master of misdirection, as well as being endlessly charming and insanely smart too – no wonder he’s been banned from casinos across the UK.

The show starts and the jaw dropping awe begins. During the show, Brown bans the audience from disclosing any details of the show. And yes, that includes reviewers too. He’s very polite about it, but he’s also firm. He’s right of course. Giving away details of a show like this one, will ruin the magic for future audience members. But still…

So, what can this review tell you is that this is not a cheap throwaway show that you’ll forget in a day or two. Showman is his most personal tour to date and that makes the experience tremendously special. The story behind the show gives every trick, every quip and every turn, a deeper meaning – it connects the audience to Brown and it connect us to each other too.

Brown’s presence is electric, his showmanship captivating. We can’t tear our eyes away from him – and nor do we want to. As the curtain rises at half time, the room is filled with murmurs as every person turns to their neighbour and asks – How did he just do that? As we leave the theatre at the end, groups of people huddle outside, scratching their heads, trying to figure out what the hell they’ve just seen.

I suppose this review can tell you about the standing ovation, and that the show is Brown’s best work yet. It can tell you that Showman will meet your expectations, and it’ll raise them again too. 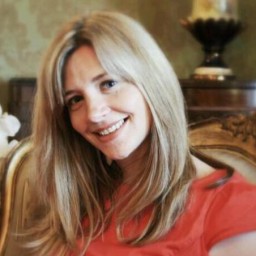 A spectacular exploration of fate, free will, and reality’s fragility