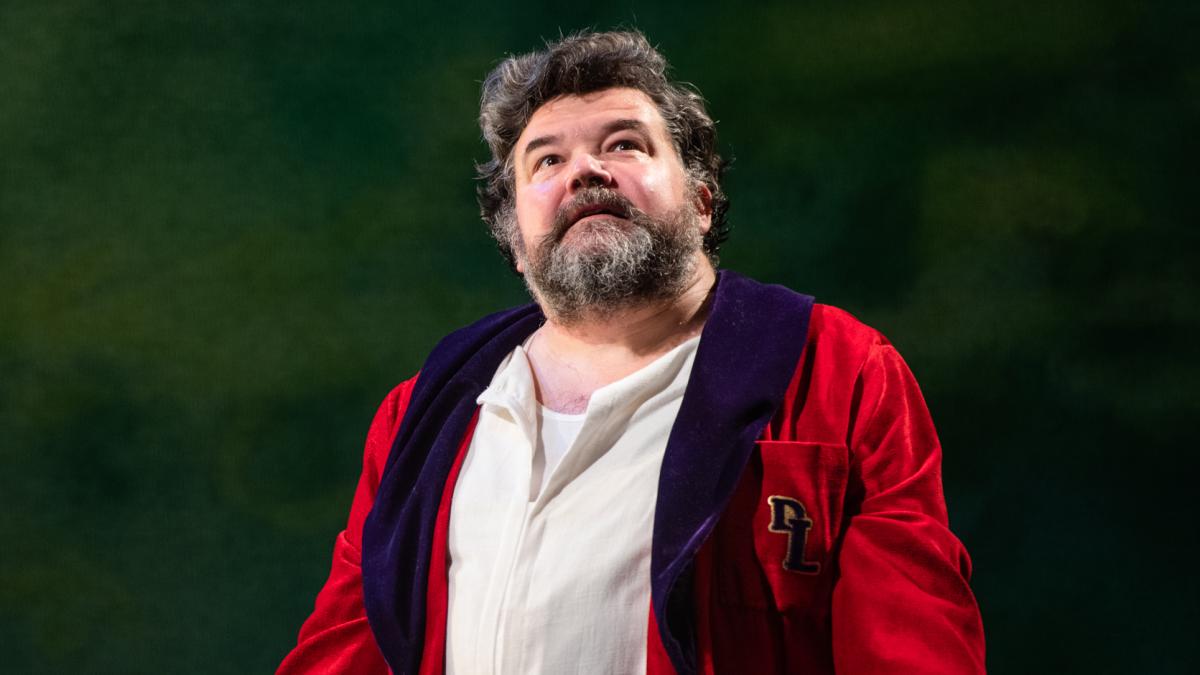 Grant O’Rourke‘s adaptation of Don Juan is a witty and darkly comedic piece of theatre. Complimented by stunning performances from the whole cast, O’Rourke’s writing and Lu Kemp‘s direction make for a fresh, surprising, and engaging reimagining of Molière‘s classic tale and characters.

From the outset the small cast expertly weaves from character to character, keeping up the momentum and delivering nuanced and gripping performances. The energy and chemistry between the performers is palpable and they keep the momentum up throughout the entire show, helping transport the audience into the bawdy, surreal world of the plot.

Steven McNicoll is captivating as Don Juan, giving the role intimate depth and embodying both the magnetism and repulsion of the scandalous character. From whispering elaborate lies about love to conquests to screaming recklessly to bones, McNicoll handles the complexity of the character with skill and style.

Equally impressive are Amy Kennedy and Cath Whitefield, who while playing multiple roles imbibe each of their characters with comedy, venom, and heartfelt emotion. Kennedy’s monologues as Juan’s spurned wife are particularly impressive as she perfectly embodies the scorned rage and frustration. She is equally dazzling in her comedic characters, particularly Don Carlos where her physicality and facial expressions bring some of the biggest laughs of the show. Whitefield skilfully switches between characters and provides much warmth and humour to her characters, delivering a consistently hilarious performance across a multitude of roles. As Sganarelle, she provides a sincerity that elevates the dialogue and creates a truly complex and sympathetic character out of a role which could’ve been simply farcical.

The play is excellently paced with sharp, witty dialogue and an intriguing blend of modern day colloquial language and florid metaphorical prose. The references to current times – whether it be the garbled attempts to discuss revenge tactics from the jilted bride’s cousins or the consistent reference to the futility of the phrase “thoughts and prayers” – the modern language is perfectly weaved into the story and never seems anachronistic or forced.

The sparse staging, featuring a simple backdrop and plain rostrum, help highlight the strength of the acting. While allowing the audience focus on the characters, the highly effective use of lighting against the backdrop helps to guide the action, signalling the time of day and change of mood.

From its stark opening to its explosive ending, Don Juan is a compelling and hilarious look at human nature, which excels in its portrayal of religion, madness, and ditch water cure-alls – brought to life by consistently brilliant acting and simple but effective staging.