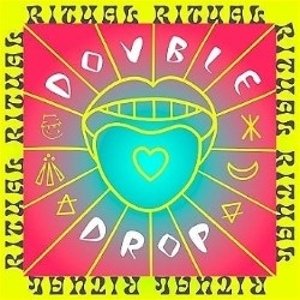 In the queue to take our seats some professionals worried that they could be sacked if they were seen at a show that includes drug taking. ‘Trainspotting is fine, they wouldn’t think we took hard drugs,’ said one. The judgmental employer might be shocked by Double Drop‘s celebration of ecstasy, or they might be won over by its innocent charm.

Mostly set in 1995, and written by Lisa Jên Brown of Welsh folk band 9Bach, this potential career-ender follows Esmi, a talented teenager struggling to accept herself. She’s torn between transnational rave culture with its beats, acieed, and pan-spirituality and the Eisteddfod, a national Welsh arts competition that has druids, clog dancing and poetry. In the rave world, youth and communal love is important, in the Eisteddfod they want to win so desperately that they hate each other from cradle to grave.

There’s a framing narrative of an older Esmi going back to her teenage bedroom and finding a tape of dance tracks. Music triggers her memory of a time when she went to a rave in a quarry and nearly missed becoming an honorary druid. There’s some wistful nostalgia, but it’s a self-contained coming of age story. Her turning point is a pill induced meeting with the 18th century fraudster who founded the modern Eisteddfod. He tells her she’s disconnected from her culture because she doesn’t love herself. She finds her authenticity in his shameless fakery.

There’s some beautiful music and experimental trappings wrapped around a conventional comedy, with an overbearing mother, a dopey sidekick, and a race to the finish. Mirain Haf Roberts as Esmi is exuberant, Emmy Stonelake as everyone else is brilliant. It’s a sharp, funny, well observed script, delivered with warmth and wonder, filled with singing, dancing, jokes, and dubious shell suits. It’s worth the risk of unemployment.