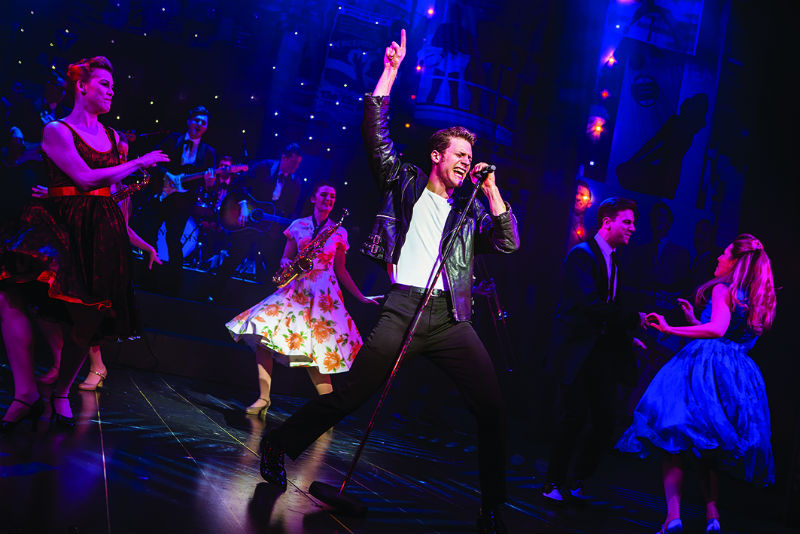 Allow yourself to return to your youth… or at least someone’s youth. The later fifties to be exact, the era of rock ‘n’ roll, Vimto and the rose tinted memories of Dreamboats and Petticoats. Producer Bill Kenwright is known for many things, but in this case, it’s a classic jukebox musical.

After school clubs, songwriting contests and the mother of all creativity – unrequited love. Like all jukebox productions, Dreamboats and Petticoats is far from an original, hard-hitting piece of commentary. Its plot is as watered down as a cheap house wine, but no one attends these shows for the narrative. For what it is, the show is actually carried out quite remarkably. It’s rather easy to be cynical towards the genre, but at its heart is some thriving talent, solid humour and impressive set design.

No one turns in a bad performance. All of tonight’s cast attest to their talent and desire to be on stage, none more so than Laura Darton as Sue. Beneath the shrill youthfulness of her character is a trained and forceful voice, never dropping a note and integrating well with the live instruments. Entertainment-wise, none provide quite as much snark and comedic enjoyment as Mike Lloyd as an ensemble of colourful characters. David Luke as Ray also demonstrates some serious moves and vocals which deserve a more primary role.

With numbers such as Shakin’ All Over, The Great Pretender and A Teenager in Love, this is the epitome of nostalgia for many. The cast does a tremendous job reviving classics and introducing them to newer audience members. What makes it an especially easy transition is the skill of all live instruments played on stage, with special mention to the brass players and drummer.

Productions such as these are regenerative. They know their audience and, what’s more, they know how to naturally encourage them to enjoy the show. Let loose, enjoy and remember to always twist and jive responsibly.