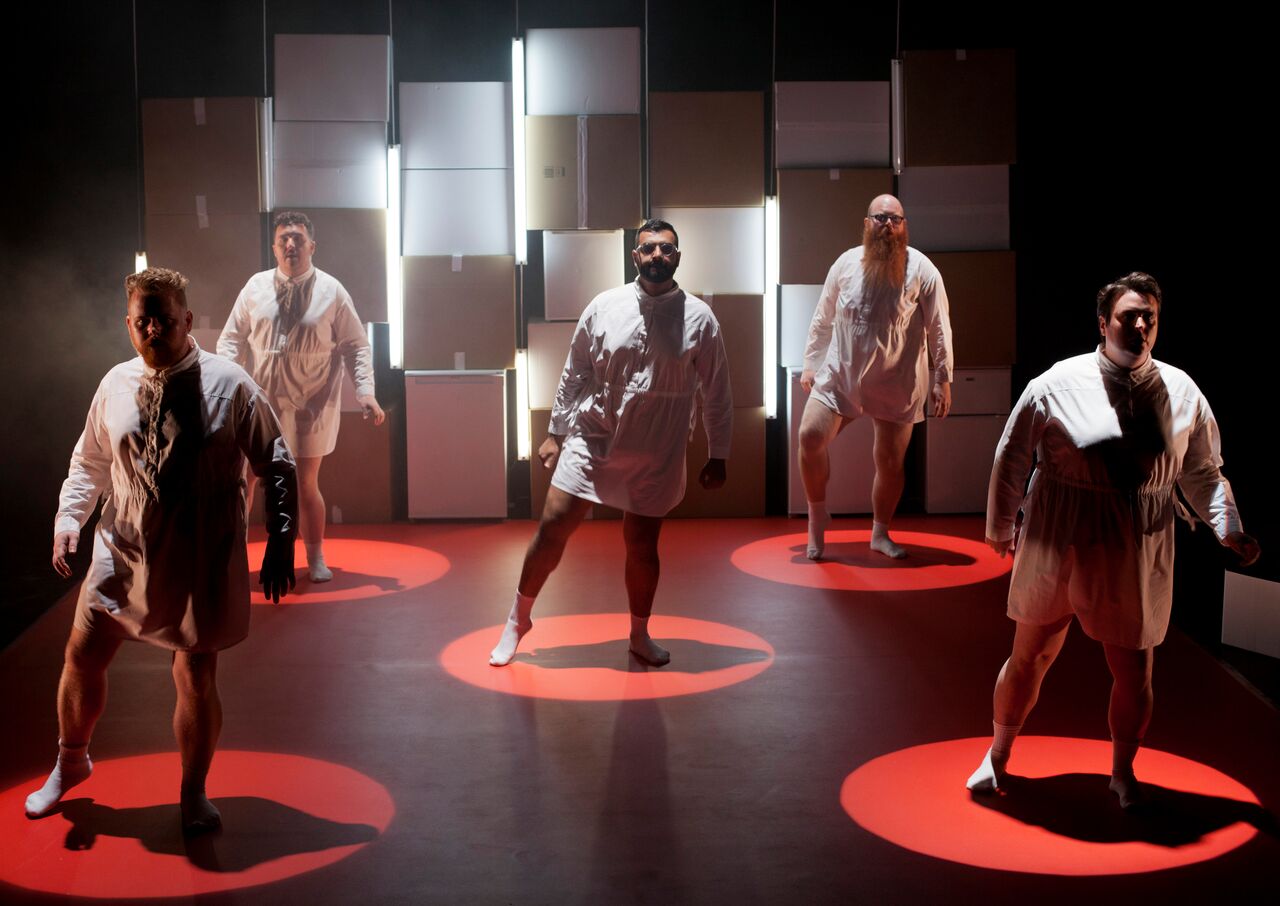 A powerful story of rebellion told through dance and spoken word.

A tender, loving and political cabaret

In Fat Blokes, writer, director and performer Scottee states his intention early. The piece begins with performer Joe Spencer performing a striptease. Sniggers from the audience are shot down by Scottee. Laughter may indicate discomfort from the seemingly liberal Traverse audience but derision will not be tolerated. Fat Blokes is not here to make fun of its performers; rather, it’s a tender, loving and political cabaret that will stay with you long after the show ends.

With the help of four performers who are largely new to theatre – Spencer, Samuel Buttery, Gez Mercer and Asad Ullah – Scottee is staging a fat rebellion. Fat Blokes represents a protest against the indignity and scapegoating levelled at fat bodies by the media and society. Through dance and spoken word the five men talk about their bodies, society’s attitude towards them and the hatred and disgust they experience every day. It becomes clear throughout the show that each man has a different relationship to his own body, his own level of acceptance of the way it looks and moves.

Fridges and boxes create a backdrop, out of which the performers unfurl microphones. They also double as a screen for projection of the bile thrown at fat people daily. The five men tell deeply personal tales, which will resonate with anyone who has suffered abuse for having a body that doesn’t conforms to societal norms. The stories are heartbreaking and shaded by larger issues of class, race, religion and sexuality.

In Fat Blokes Joe, Sam, Gez, Asad and Scottee seek to tackle your prejudices and present you with the human story behind fat-phobic headlines and news reports. The beauty of the piece is the way these performers are given the space to dance, to rage, and to enchant. They are given visibility not afforded in culture. Through Scottee’s activism and writing, hopefully theatre will stop presenting fat blokes as a punchline and showcase talent at every size.