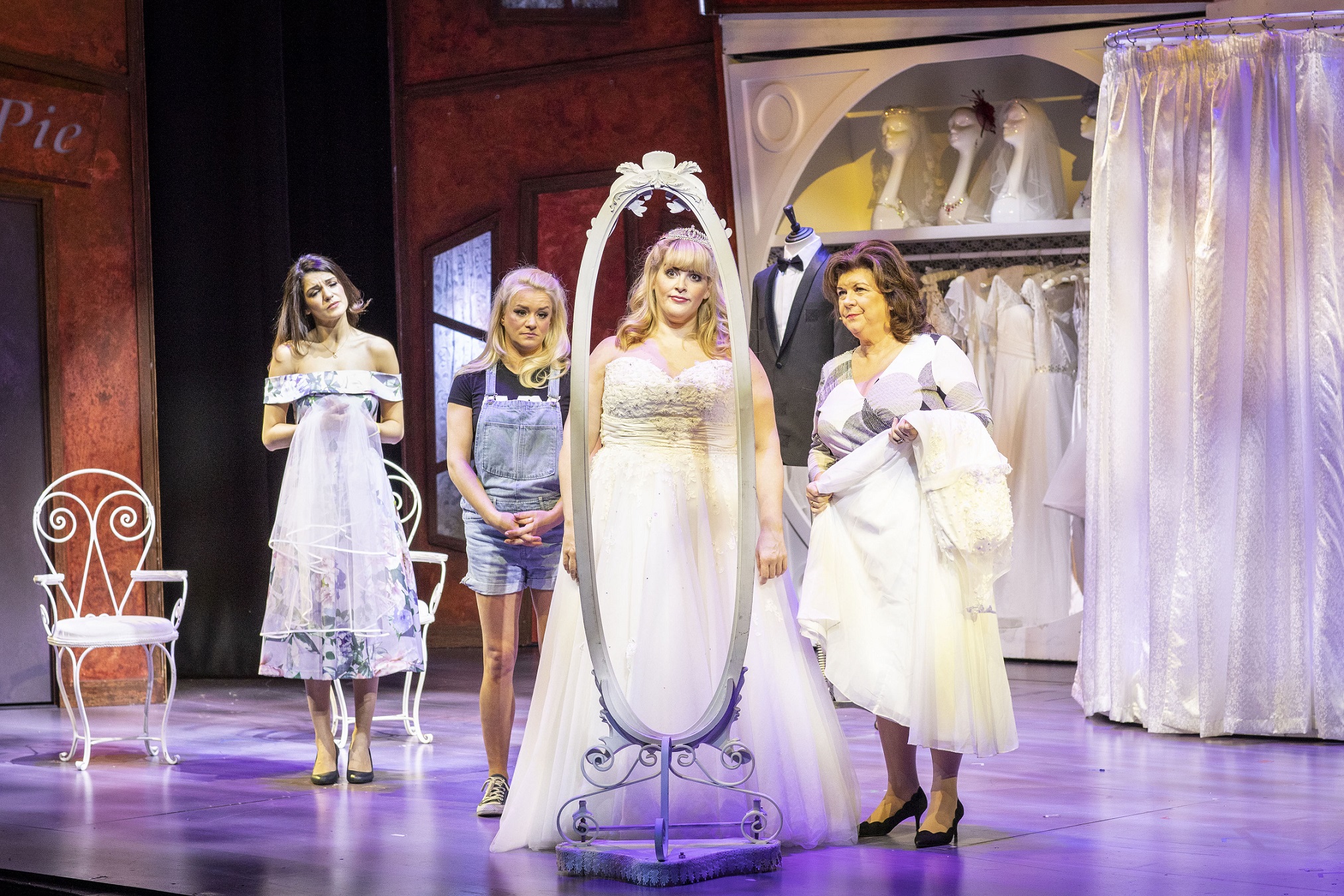 Despite its comedic charm, Fat Friends fails to weigh in on the conversation of dieting and weight loss.

Side serving of stale clichés

18 years ago, ITV hosted a surprise-hit show created by successful writer Kay Mellor. Fat Friends saw a group of overweight individuals learn to diet, love and live life the way they chose over the course of four seasons. Adapted by Mellor herself, the small-screen was glitzed up with dollops of musical numbers, scatterings of drama and a side serving of stale clichés for the stage.

At the local town church, we encounter Betty (Elaine C Smith) – mother to Kelly and Joanne – engaging in another Zumba class before the weigh-in at Super Slimmers. Kelly (Jodie Prenger) is enviably comfortable with her curves, deeply in love and about to try on her wedding dress. So, what goes wrong? Chips. Get it? Because she’s fat. If this wasn’t made apparent, there are only 139 more minutes of the same joke whipped out again (and again) for the audience.

Mellor’s writing lacks refinement, and Fat Friends could really do with trimming the fat. The characterisation has potential, however has been forgotten in the transition from small-screen to centre-stage. Side characters such as Fleshman’s assistant Pippa weigh the show down, their presence unnecessary. The same can be said about many of the songs – with twelve filling up act one. A good portion of Fat Friends’ musical numbers feel bloated, underdone or entirely there to fill the scenes. Used sparingly, some of Nick Lloyd Webber‘s composed numbers are amusing enough, yet still are not particularly memorable.

All things aside, you will laugh. Maybe not at every moment you were meant to (and perhaps not in an intended manner) but you will indeed chuckle. The thought behind certain props, decisions or line deliveries can sucker-punch you right in the gut; Chocolate, which appears out of nowhere, is the funniest number of the evening. Rachael Wooding‘s acid-tongued Joanne is by far the highlight of Fat Friends, both vocally and comedically.

A danger with stage adaptations is the dilution of issues. Mellor is undeniable in her ability to create relatable characters: Who hasn’t at one point struggled with body image, confidence or aspects of jealousy? Identifiable characters usually played for humour are both encouraged to express a desire to be happy with who they are, yet either need to lose weight or have a shoehorned romance. It’s moments like these which really dampen the otherwise playful script. More pressing is the flippant nature the real danger of diet pills is inserted into the action but barely addressed. Rather than applaud Mellor for including these issues, showgoers should seriously question the show’s poor handling of them.

For its target audience, Fat Friends is likely to be an endearing evening with many unexpected, even clever laughs. Conceptually, it’s understandable why this would work as a fleshed out television serial. On the stage, however, it dishes out every cliché. While it may have charm, Fat Friends relies on tried-and-tested formulas, which ultimately inhibit any real conversation about weight loss.