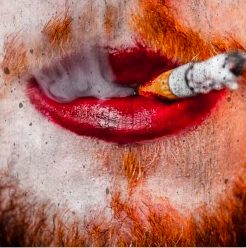 Versatile and talented Jake Francis is impeded by script and performance alterations.

Whilst it is not fair to compare Jake Francis to Tam Dean Burn, it is hard to ignore the impediments that Skin and Bone Theatre have imposed on themselves.  The decision to increase the pace of this production (presumably in order to fit the venue requirements) neuters a lot of the subtle poetry creating indistinct characterisations.  Some sections are unintelligible, not due to the Edinburgh brogue, but because of the pace of delivery.

Robertson is a volcano bubbling under the surface with unresolved mental health challenges and gender issues manifesting themselves as racist tirades, abuses of power, and sexual bullying. Francis’ pace reduces the impact of the portrayals of the many characters that he interacts with and you never get the feeling that his anger is anything other than annoyance but with little room to build to certain beats and emotions it is unsurprising that the performance feels somewhat diluted.

Perpetually complaining and railing at every aspect of the life before him, it is hard to enjoy Robertson as a character.  An actor must fully articulate both the light and the dark, the quiet and loud of this character and he generally manages this task, but lacks the range between these emotions.

Filth is a technically challenging play which involves dozens of voices to create the play’s architecture.  It does not benefit from alterations of the kind that Skin and Bone Theatre have adopted. This is a shame because Francis is a talented and versatile performer impeded in his delivery and sacrificing detail of performance for speed and convenience.