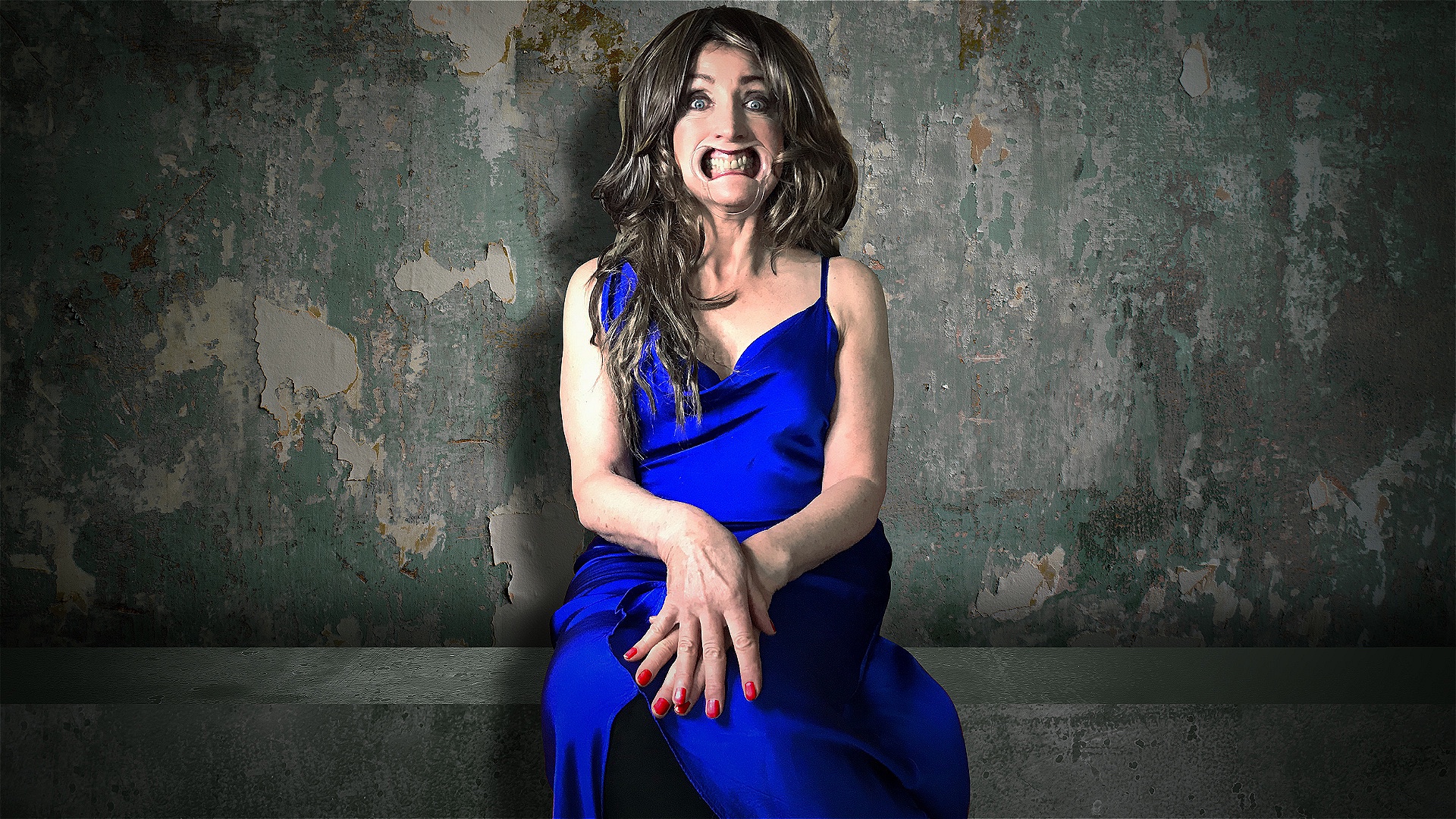 Clown surrealism is hypnotic and comical

Finding Melania is a performance art piece about the former First Lady, left without her husband, gone delirious. But there’s no real narrative here. This is immersive, surreal theatre that feels like peering into the character’s brain. And it is a character – a hyperbolic version of the Melania we’ve seen in photographs and in the background of news reports. Creator and performer Denise Stephenson is imagining what might be behind that concrete smile and pristine façade.

As we enter the small performance space at Underbelly, Melania is already on stage, relentlessly inflating an orange exercise ball with a foot pump. She says nothing and continues with this for an almost-uncomfortable length of time. However, there’s no plug to stop it from deflating, so throughout the show it is passed around the audience and we are used like serfs as her “hole-pluggers”. This notion of the audience as props or employees here to fulfil Melania’s whims continues. She asks us to lift items for her, makes us pass around ridiculous canapés, touches our hair, and demands we “take pictures” of her. It’s all quite bamboozling but definitely comical, and it doesn’t take long for her childlike, wacky demeanour to become hypnotic. Quite often we have no idea why she’s doing what she’s doing but we can’t help but laugh, mesmerised.

Eventually, as her antics move from wacky to manic to somewhat creepy, we develop a sense that she is perhaps traumatised from her time in the limelight when she was inexplicably supportive of one of the most hated men in the world. The character we’re watching is a representation of either that self-betrayal or that madness. She is an amalgamation of arrogance, delusion, and desperation.

This is challenging theatre that might not do anything for some but if you’re willing to take a chance on something more unusual, this is a strong piece of clown surrealism worth experiencing.