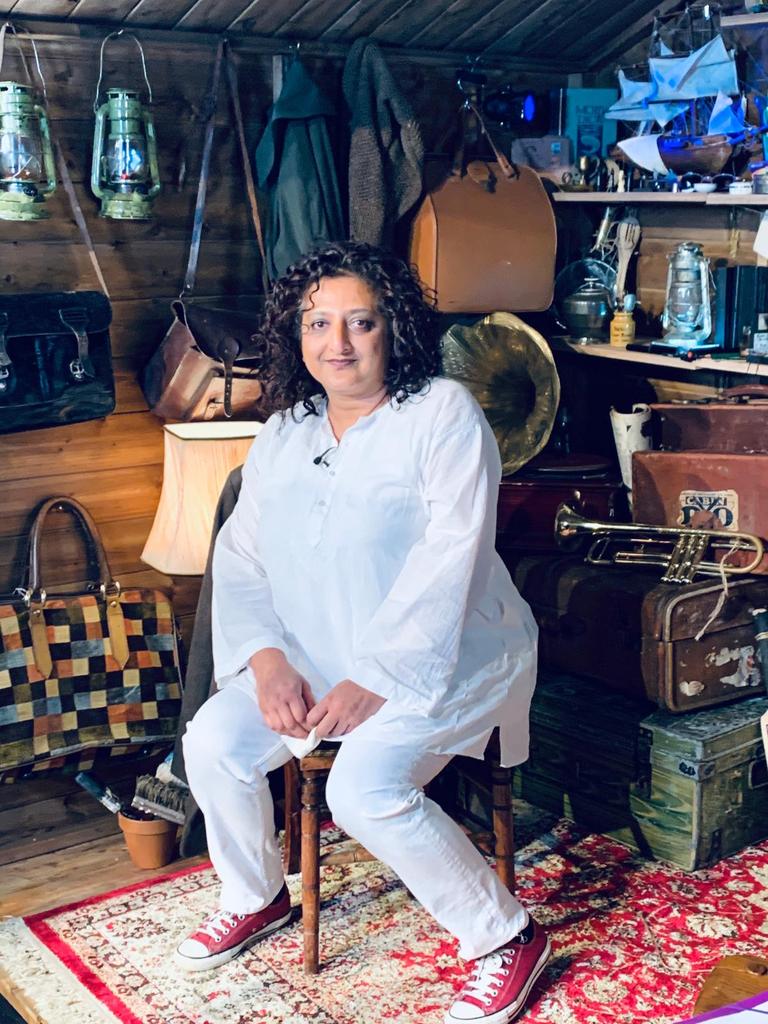 A lyrical rumination on identity and what constitutes a home

Originally performed as part of the Glasgow 2014 Cultural Programme and then radically re-worked for the Edinburgh Festival Fringe in 2017, Fragments of Home represents the third iteration of Annie George’s lauded solo show. Despite its more stripped back nature as part of Shedinburgh Fringe Festival’s 2020 Replay, this rendition maintains its rawness and loses none of its power in its transition to the virtual space.

The eponymous shed framing Shedinburgh’s stage provides Fragments of Home with a deeply intimate feel – despite the barrier of the computer screen. George stands centre stage, adorned in white, and stares deeply into the camera as she brings her soul to bare. She weaves her own narrative and experiences as a first generation immigrant in Britain with those of her grandfather – the poet PM John, who died two years before India’s independence. In doing so, George articulately ponders questions of identity, memory, and most importantly what truly defines a home; all the while holding a mirror up to Britain and its refusal to acknowledge its own history.

There’s a nuance to George’s performance that is wonderfully captured thanks to the proximity of the camera to George herself. Clear changes in accent and costume denote a change in character – donning a blazer as she recites her grandfather’s poetry; but alongside these are even more subtle ones in her pose and expression that carry a significant weight. While her accents falter at times, the subtleties ensure that the characters she portrays are never lost, nor are the strength of the words they carry.

Tears stream down her face in the closing moments as she reflects on the loss of home and importance of telling one’s story to ensure that nothing is forgotten, and in these moments it’s difficult not to join her. George connects her own struggles with identity, otherness, and a desire for independence with similar feelings her grandfather not only experienced, but also sought for India. In doing so, she reaches across generations to create a commonality and come to terms with her own lineage and identity in an greatly fulfilling way.

Her words are beautifully lyrical, reverberating with an emotional depth that emanate through the camera and paint vivid images that remain with the audience long after the 40-minute run time has expired. While many of PM John’s works have been lost, here George ensures they are immortalised as she recites his poetry with gusto, proudly recognising her heritage.

Followed by a brief discussion with Thom Dibdin about her writing process, the difficulties faced in production, and her hopes to bring the piece to India, Fragments of Home is a powerful exploration of identity and lineage. With an emotive and lyrical performance by the exceptionally talented Annie George, catching the show again as part of Shedinburgh’s 2020 Replay is highly recommended.

Fragments of Home is available to stream as part of Shedinburgh Fringe Festival’s 2020 Replay until 22 March. Tickets are available here.