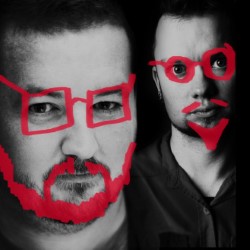 Audience participation is the dish of the day in this well-executed hour of fun.

The Edinburgh-based duo of Rick Molland and Sully O’Sullivan host this anarchic hour of audience participation as part of the Scottish Comedy Festival. A recurring Fringe favourite, it’s a great show for those who don’t mind an occasionally rowdy crowd, although in many ways it feels like it would be more at home as a late evening show rather than the 4pm slot it currently enjoys at The Beehive.

There’s a good crowd today – enthusiastic and eager to get going – which gives Molland and O’Sullivan plenty of raw material with which to work. The audience is very much a part of the show, with Molland and O’Sullivan gleefully identifying recurring audience characters with which to build their gags. It’s not so much improvised comedy as it is an hour of very well-executed crowd work. At one point, audience comment cards (filled out at the start of the show) are used to good effect to play a game of “Audience Top Trumps”. Molland and O’Sullivan can’t really lose here, with the poorer punchlines being quickly discarded in favour of the more reliable laughs, but they’re old hands and get to the good stuff with admirable speed.

Both comedians are skilled MCs, with Molland in particular – resident compère at Edinburgh’s Monkey Barrel – coming up with a few particularly clever on-the-spot one-liners.

The nature of a show like this will always leave it open to hijacking by particularly enthusiastic audience members, and this is occasionally true this afternoon as some of the more boisterous punters compete to have their voices heard. Molland and O’Sullivan handle it perfectly, keeping just enough of a hand on the tiller to keep the show on course, without stifling the laughs.