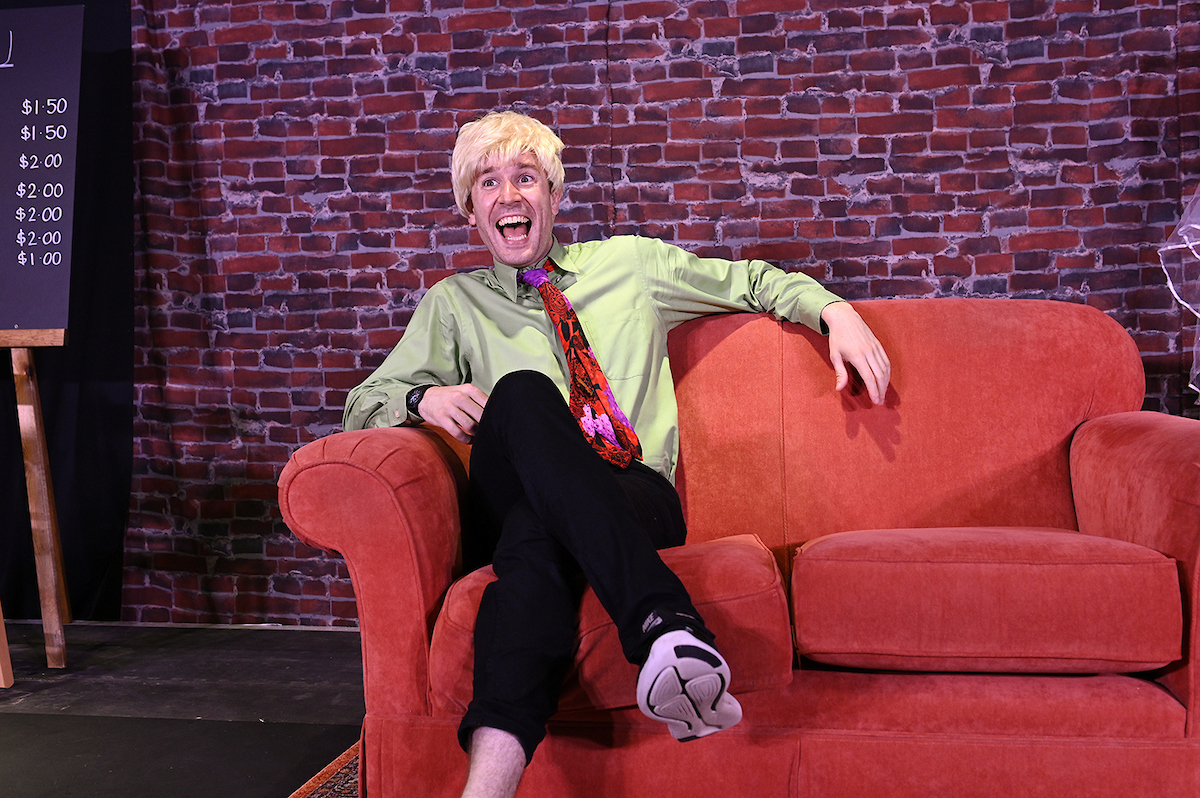 Friend (The One With Gunther)

Nostalgia trip is a frenetic hour of in-jokes and frivolity

The popularity of Friends has never really waned and, as such, remains a goldmine for merchandise, memes, outraged blogs, and one-man theatre spin-offs. Friend is obviously aimed at fans of the hit TV show, although even casual viewers (or anyone who was around in the 90s) will be able to pick up on most of the content. It’s essentially a comedic recap of the programme’s entire ten seasons told through the eyes of Gunther, the Central Perk barista and unofficial ‘seventh Friend’.

The show is punctuated with endless Friends references and in-jokes (’18 pages – front and back’, ‘we were on a break’ etc.) and is a high-energy hour of sketches, songs, and audience participation. It’s a nostalgic indulgence and works well just as that – light, fun, and entertaining. A handful of jokes don’t quite land in this particular performance but writer and performer Brendan Murphy‘s enthusiasm never lets up for a moment. In fact, it’s an exhausting performance and he even jokes more than once about how sweaty he’s become. It’s one of the few odd things about the whole show, though – Murphy plays the part of Gunther, yet doesn’t seem anything like the TV character at all. In the original show, the coffee shop manager was meek and timid, morose even. In Friend, Murphy channels Jim Carrey and the performance is manic. It’s thoroughly engaging for the audience but quite odd in terms of accuracy.

One of the interesting facets of the show is that it acknowledges some of the recent backlash against Friends. Various articles and social media posts have lambasted the show for how problematic many of its jokes and storylines were (or are – in retrospect): homophobia, transphobia, lack of diversity, sexism etc. Murphy cleverly addresses this without trivialising it, though. There are various knowing references to the lack of People of Colour in the show and even a whole section on how badly a lot of the TV show’s content has aged, complete with an ‘acceptable in the 90s’ musical number. It effectively addresses the elephant in the room and puts the audience at ease.

There’s nothing particularly deep here but that’s not what this show is for. It’s pure frivolity designed to effectively unite an audience in their shared 90s pop culture memories and perhaps make them view their favourite TV show just a tad differently.