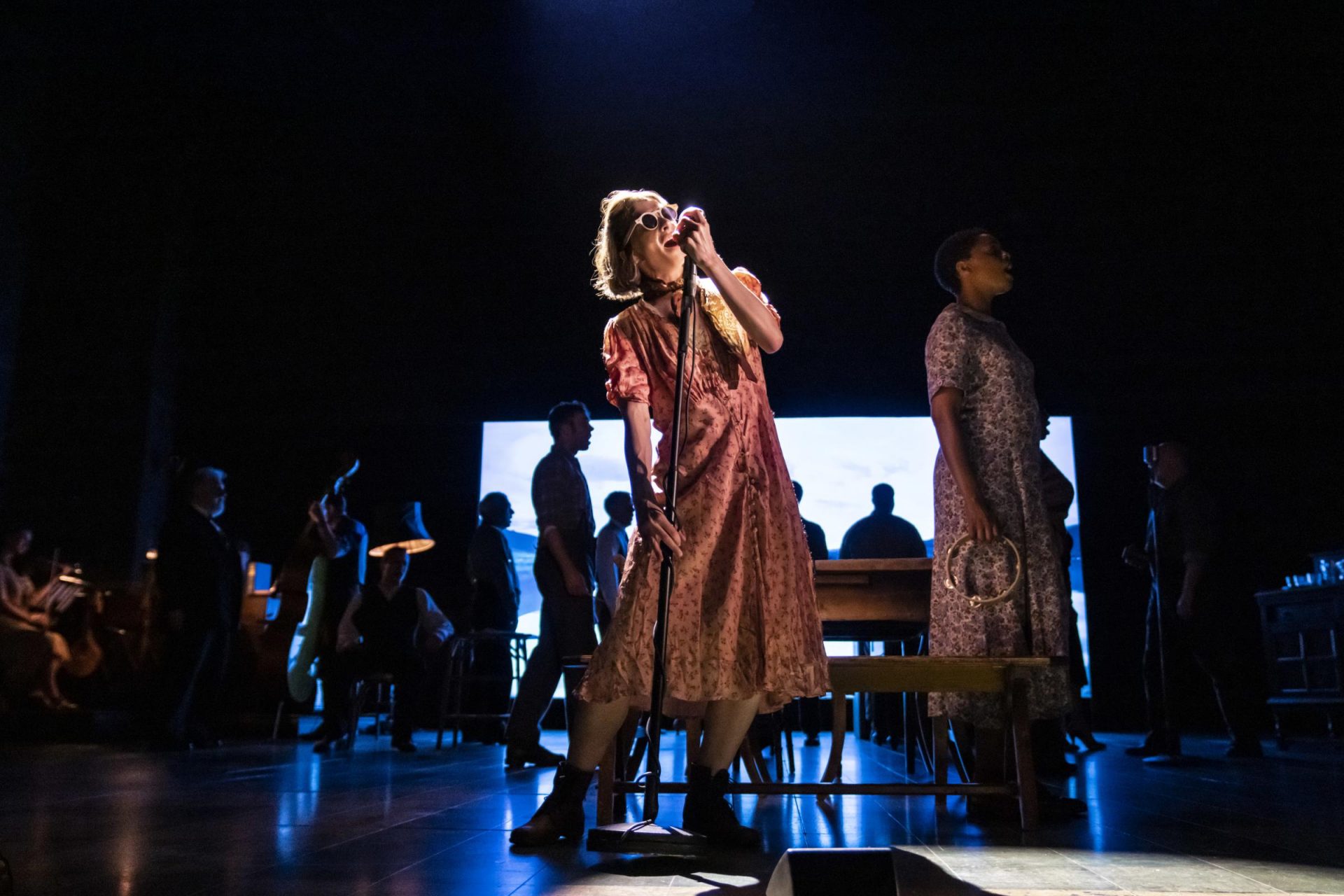 Girl From the North Country

Girl From the North Country sells itself as an award-winning musical about family and love told through the musical talents of Bob Dylan songs. Following the likes of Mamma Mia and American Idiot, this jukebox musical written and directed by Conor McPherson features a fab live band, weaving many of the classic tunes all good Dylan fans will know and love.

The performance of the songs themselves are well done – not many would argue against that. The plot, however, feels a little cookie-cutter in style. Jukebox musicals can be very hit or miss especially when it comes to the story, and this show in particular it feels like watching an Arthur Miller play with some songs shoe-horned in. Usually musicals are given the benefit of allowing the audience to withhold their disbelief, while this show tries to stay more realistic, only going all out in one particular scene. The majority of the time when someone does sing, they stand in front of a mic and simply sing to the audience. It was as if rather than the songs being part of the story, they are an opportunity for a pause before snapping back to their miserable reality. Only in the second act does it get a bit more lively and the audience seem to perk up a bit too.

Overall, the show’s tone does fall on the depressing side; set during the Great Depression of 1934, the characters of Girl From the North Country start off in precarious circumstances and things only get worse from there. Without spoiling the plot – although there isn’t much to spoil – many plot points end up leading to dead ends. Very little happens in terms of character arcs and you may feel like you are waiting for some big twist to happen. Even when there is some drama or action, it is short-lived and feels superficial. Sadly, the characters feel two-dimensional with no real driving factor behind them.

That is not to say there is nothing to be taken away from this show. Frances McNamee brilliantly portrays one of the show’s more memorable characters – the ill wife Elizabeth Laine – switching from kooky old lady to beautiful songstress. Maria Omakinwa’s charisma shines through her role as Mrs Neilsen, who could have benefitted from a bit more to do.

Perhaps true Bob Dylan fans may be able to look over some of the small issues others would get stuck on. Compared to other musicals, Girl From the North Country can best be described as a slow burn with a thought-provoking ending. There is still room for improvement, however; if the characters’ motivations were expanded on and the songs given some consequence then it would be a much more well-rounded and believable tale.