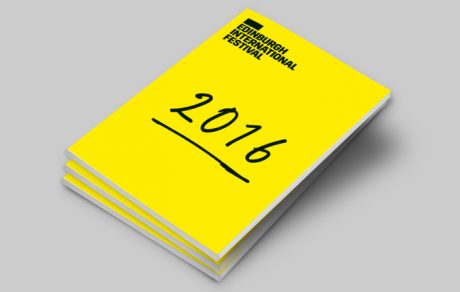 Festival ends with a bang not a whimper

The audience give a rousing response

The final Festival concert should always be a special event to mark the end of what has been a great music festival. In the past, under previous director Jonathan Mills, it often disappointed, rather like many of the opening concerts. Indeed, in his final farewell concert, Mills inflicted one of his own compositions on us; it was dire. Fortunately, the new Festival Director believes that opening and closing concerts should uplift us and not depress us. His opening concert (reviewed earlier) with the Rossini Stabat Mater was a triumph. The closing concert – Schoenberg’s Gurrelieder – was outstanding. Indeed, at the end the audience were milling excitedly outside the Usher Hall talking about this amazing experience.

Schoenberg’s Gurrelieder is based on poems by Danish poet Jens Peter Jacobsen in the nineteenth century. It tells the story of a love affair between King Waldemar and Tove. It ends badly in her death, but gives rise to passionate verses (whoever thought Danes could be so passionate?) which Schoenberg set to glorious music. Fortunately, Schoenberg began composing this work before he turned to atonal modernism, so it is full of wonderful music, often with a distinct resemblance to Wagner, and that’s a good thing!

This performance on the last Sunday of the Festival is special in another way. It is conductor Donald Runnicles‘ 50th Festival (as it is mine!) He began as a boy chorister in Edinburgh and sold programmes at the Usher Hall. Now, he is one of the great conductors of the world. It is also his farewell concert with the BBC Scottish Symphony Orchestra which is on mighty form. He also has a superb cast of singers, led by two great Scottish singers in Iain Paterson (now one of the greatest Wagnerians) and Karen Cargill. Anja Kampe as Tove is also wonderful, and even the small parts have the luxury casting of Anthony Dean Gaffney as the jester and Simon O’Neill as the peasant. A final special casting is the voice of Thomas Quasthoff, until his recent retirement a fine baritone, and in his narration you can just hear him almost singing it!

The cast is completed by the wonderful Edinburgh Festival Chorus under the fine conducting of Christopher Bell. The Festival Chorus have had a great and busy festival. Tonight they have to wait over an hour to sing but it is worth the wait – they are superb. The concert lasts almost two hours, but it passes in a flash, and at the end the audience give a rousing response, with Runnicles being called back many times.

It has been a great festival musically, the best since the days of Brian McMaster ten years ago. Yes, there have only been three operas, and there were no Scottish composers and no new commissions. Also, the ticket prices have been raised and the discounts less, when one of the appeals of the Edinburgh Festival is that it is the cheapest and most accessible arts festival in the world. Fergus Linehan has the makings of a great festival director but he shouldn’t forget that 70% of his audience comes from Scotland. They are not all well-heeled bankers.