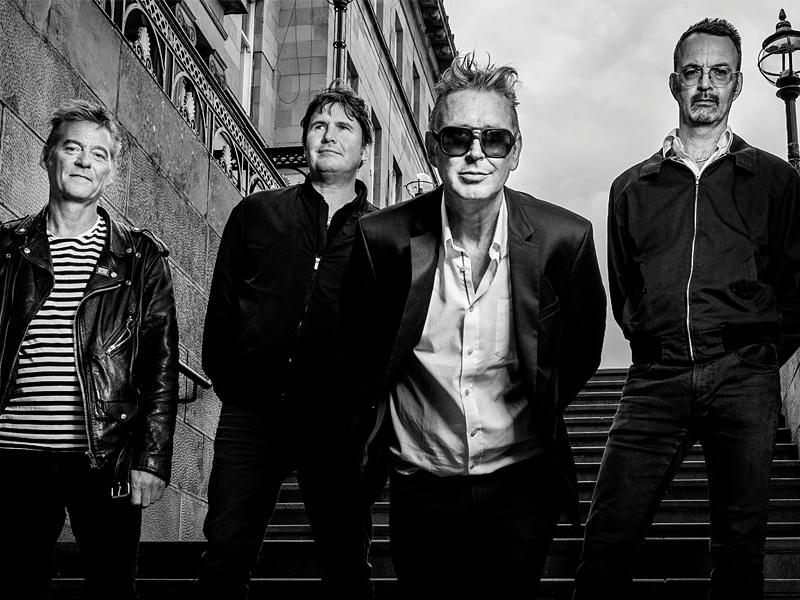 Glasgow rockers Hipsway aren’t the only band marking the 30th anniversary of their most critically acclaimed album release by taking to the road again. They hail from the era when every A&R man in London headed to Glasgow to snap up the achingly hip young things, including Graeme Skinner and comrades. Hipsway celebrate this milestone by coming out of retirement to bask in the warm light of the spotlight and the admiration of their loyal fans. Nostalgic maybe, but this band still pack a punch with their cool Caledonian credentials. This six piece are built to make the people dance, and percussion vies with smooth vocals and blistering guitar solos to be the moving force that takes the show from slick to sensational.

Not content with riding the nostalgia gravy train Hipsway have recorded a new album, Smoke and Dreams. The new album is close enough to vintage Hipsway to keep their devoted fans happy. While it has some fine tunes and grown up themes it’s not innovative enough to attract a new generation of followers. But it is soulfully sophisticated, with highlights such as Saturday Night (Down in the Garden) and New York Nights New York Daze cleverly acknowledging that the audience have grown up and grown older with them. These tracks address our tendency to look back fondly at the music of our youth while creating new music to fall in love with. They are enthusiastically received by the audience. The band’s time away hasn’t rusted anything perceptible and the performance is pin sharp and super cool.

Wisely the band pepper the set with enough old favourites to keep the happy crowd singing. Funk rock behemoth The Honeythief lifts the mood, taking it from civilised and smooth to full on dance party with obligatory singalong. Once the reserve has been shrugged off there’s no going back for this audience. A funky version of Broken Years relies on the crowd singing the refrain, and they do the needful with gusto. This is a joyful reunion for band and audience.