Mikkel Holm Silkjær (still safely in his twenties), has released four albums in the last decade with his main gig, Yung. But freed from their reckless, punky template he’s able to explore new melodies and ideas on his debut solo album, Why Don’t You Dance. There’s a refined sense of confidence here that the jittery zeal of Yung would never allow and the only thing belying his age is the tendency toward juvenile melodrama. But, hell, Brett Anderson’s still doing it and he’s twice Holm’s age!

The guitar line of Intelligent Moves is immediately reminiscent of Yung’s taut energy, but slowly there appears some twangy bass, a new wave melody, some backing vocals and it’s clear that this is something different. There’s the influence of Britpop (much like frequently compared countrymen, Iceage, on their new one), the Canadian school of post-punk (Ought, Preoccupations) and it’s all held together by Holm’s stately baritone and Nick Cave impressions.

K’s Choice is the album’s best moment with its careful character study, alternately snarling and refined vocals and delightfully jangly guitars. It’s a little dangerous, but still reflective without being overbearing – a perfectly constructed song. After the floaty palette-cleanser, Intermezzo, the album descends into sentimentality that’s occasionally nuanced (Erase & Repeat), but often cloying (Like a Dog, Back Home).

Named after a Raymond Carver short story, Why Don’t You Dance sets its sights on introspection. Holm has spoken of how more confidence in his lyrics has led to their clarity revealing his own dark tendencies (Like a Dog is pretty bleak for a song that starts with “Don’t spill your beans”). But the late highlight, Erase & Repeat, feels defiant and purposeful: “Are you trying to reel me in? / Well, you can’t do it,” while the feather-light title-track that closes the album seems to whisper a quiet acceptance.

It’s not quite the blurry sugar rush of Yung, but Holm is showing that he’s got plenty to say when he slows down long enough to give you a clear portrait of the artist. 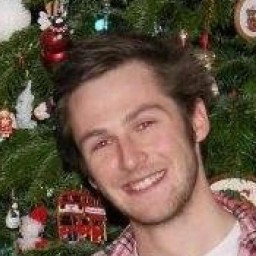