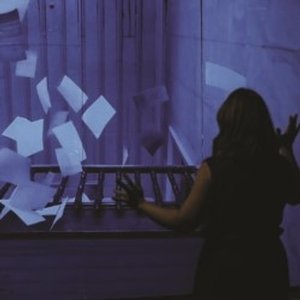 Meander via a mansion through 100 years of Turkish history

Meander via a mansion through 100 years of Turkish history

This show is a charming collection of spoken word, poetry, original film footage and live music, telling a series of stories about all the escapades the summer house saw during its occupation. Continuing Turkish Meddah storytelling tradition, the playwright shares tales recounted by the house’s occupants, but also stories from animals and even objects within the house.

Having heard from the illustrious grandmother herself via a filmed testimonial, our narrator takes up the story from the perspective of the house’s curtains. So far, so Beauty and the Beast. Though it may seem curious to those more familiar with first person narratives, contemplating the house’s experiences from the perspective of its rugs, for example, is strangely seductive.

Kivanc Sarikus’ original music helps to keep you tangled up in the upholstery. Using traditional instruments including the baglamadaki and the tambour, a ukulele, a saw and some extremely discrete looping, he builds a beautifully evocative bed of sound.

Ozsoy, writer and performer of this piece, is an engaging storyteller. Her poems that open and close the production explore the transition seen through the house’s eyes from ancient tradition to modernity. The final denouement is an affecting end to this proud history.

Galata Perform would benefit from a smoother backcloth for their projection. Melisa Onel’s film probably looks lovely, but the backcloth is so bumpy that both pictures and subtitles can be tricky to decipher. That aside, this is a lovely amble through a century of mostly authentic history – with some fantastical embellishments – that will transport you to another time.