Playing three women at once, Susanna Hislop unpacks the secrets and coincidences behind noses, names and states of mind.

Susanna Hislop is funny and charming, her performance peppered with countless delightful and comic moments. Stepping in and out of different characters with adeptness, she entertains the audience with her variety of expression, voice and costume. Yet, as a whole, the show doesn’t quite hang together.

The three muses of the piece – Marilyn Monroe, Margaret Thatcher and Virginia Woolf – are reduced to sound bites, jostling next to one another under various vague thematic headings. It is a one-woman show about women in general, about three women in particular, but really about one woman specifically, the actor herself – this much is obvious. Yet the piece jumps between scenarios and situations so quickly that the show becomes fragmented to a point of slight incoherency.

In the second half, Hislop gestures toward some form of overarching narrative, a central thread to tie it all together – mental health.  Whilst this infuses the piece with a more touching, personal element, the performance still feels muddled. Despite being somewhat dramatically unsatisfying, however, it remains enjoyable, thought provoking and interesting. 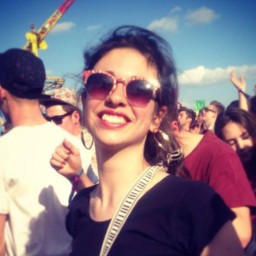