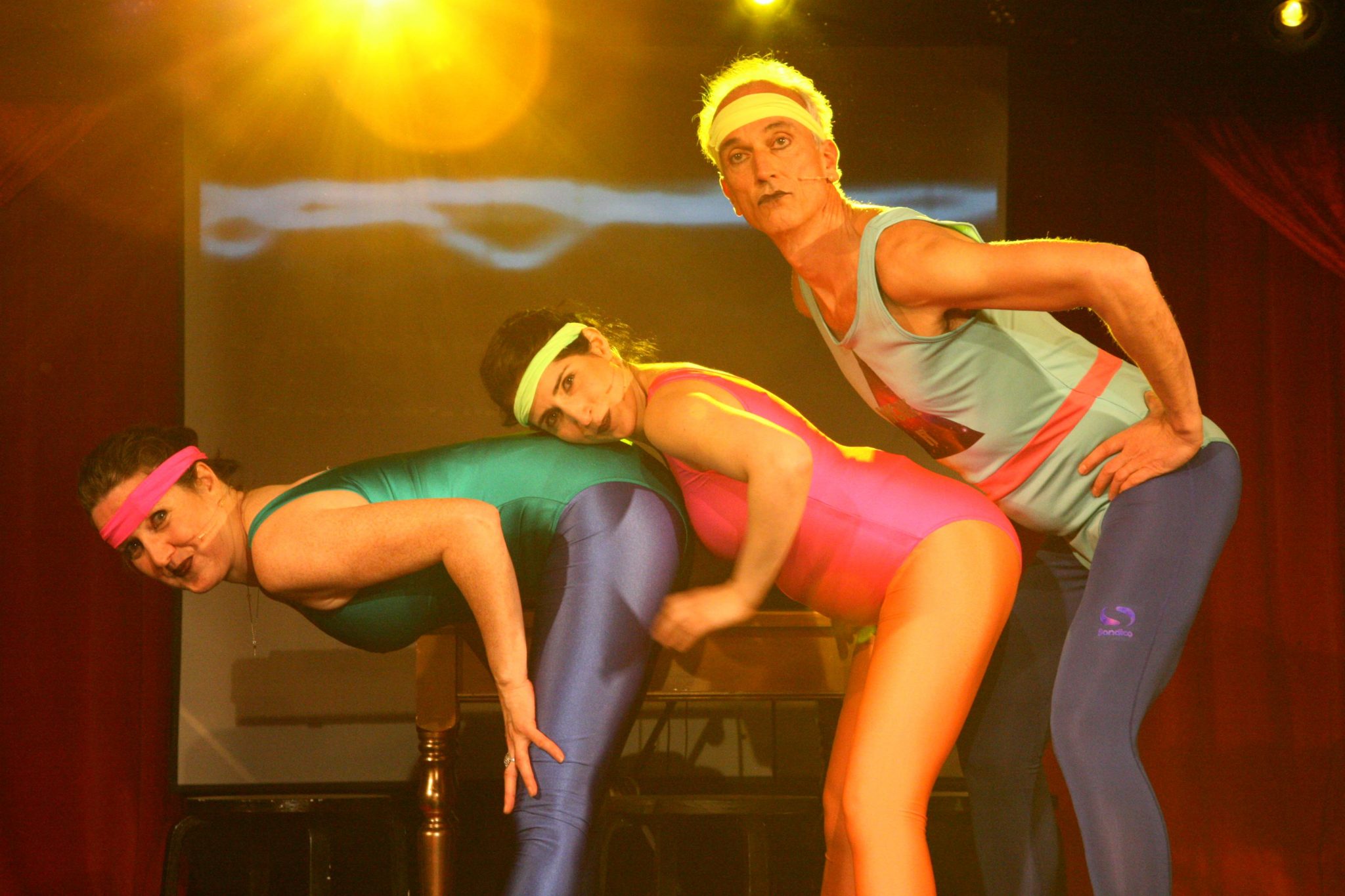 A funny, emotional journey through just a few recent acts of local, international and everyday sexism

Politically, the last few years have been tough; and no one could deny (though my goodness they would try) that these years have been particularly tough on women. What with the election of “pussy grabbing” Trump, the abominable “rape clause”, the addition of the DUP to prop up a Tory government, and now the Harvey Weinstein scandal, the issues around harassment and everyday sexism have both never been more widely reported on and yet seemingly widely ignored.

Hysteria!, written by AJ Taudevin and part of the Scottish Mental Health Arts Festival, gives an overview of all these issues in 45 minutes of glorious cabaret fun as part of the Traverse Theatre‘s A Play, A Pie and A Pint season. Because, despite the hard hitting issues, this show is fun. The cast of three (Annie Grace, Maryam Hamidi and George Drennan) are multi-talented performers and all play musical accompaniments and sing the numbers that pepper the show. There’s a lot packed into this short performance but it doesn’t feel crowded. Rather, it feels like a fitting display of the complex issues of sexism in 2017 and how all this noise can affect mental health.

Although the show is fun, it strikes a good balance by not shying away from the tough subject matter. A section of real life testimonies, powerfully delivered by the actors, articulates the feelings of real women who, as the play clearly outlines, are not that different to you and me – in fact, they might just be you and me.

The show does not provide us with answers but ends with a hugely moving rendition of ‘Quiet’, the song gifted to the women’s marches by Milck. Annie Grace provides the powerful vocals to this song that is an inspiring end to a thought provoking show. Hysteria! is a funny, emotional journey through just a few recent acts of local, international and everyday sexism that reveals just how mentally exhausting living through these times can be.