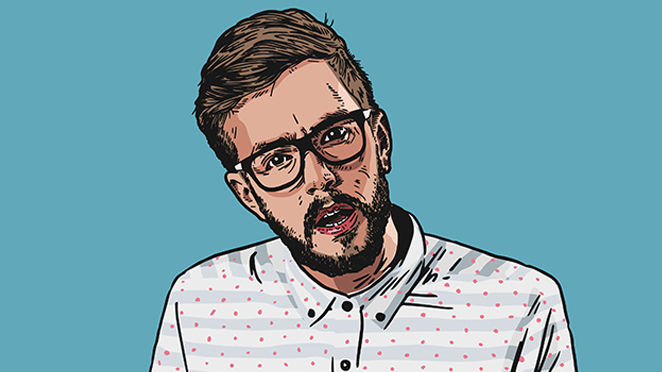 Few flaws in this laughter fest for millenials but it is not what those who watched him on CBBC might expect...

He may have been a children’s television presenter for a number of years but Iain Stirling is in Edinburgh to make the audience laugh with a different brand of humour here in the Pleasance Courtyard and one which he jokes may shock the younger members of his audience expecting a throwback to his CBBC days.

The majority of his audience though are in his age bracket – millennials – who can share in the struggles of being the generation who get blamed for wanting too much. He gets plenty of laughter out of his description of his bedsit and how the older generation don’t know how lucky they are, buying up houses cheap, and yet more laughs out of his experiences of mates getting married and having babies and feeling like he is in some way failing at life for not conforming to what society expects he should be doing at his age.

He is a very genial and likeable comedian who wants to get his audience onside rather than insult them for laughs and the crowd, many of them familiar with his narrator role on popular television show Love Island, respond well when he interacts, even trading Fitbit statistics!

He uses the good humour in the room to lead onto some slightly more controversial topics such as Brexit, although never strays too far into the contentious, not wanting to alienate any of the audience. Instead, he returns to the ludicrous nature of the generation who now text purely in emojis and can’t help but take a selfie whenever they are on a night out. It is hilarious for those in the know, but is his age demographic too specific?

This is one of very few flaws in his armoury of jokes and he will no doubt be selling out Fringe runs for years to come.