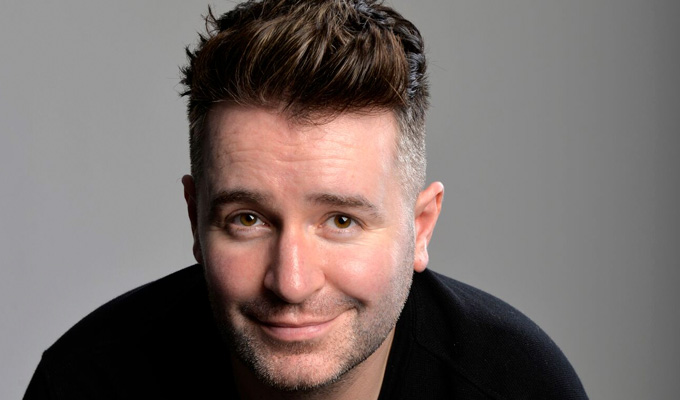 A stand-up show that's all heart (plus one kidney).

A standup show that's all heart (plus one kidney)

A silhouette of a kidney in a jar looms over the audience from the screens around The Stand‘s tiny stage. The cheesy pun of the show’s title – Organ Freeman – belies the sensitivity of what’s to come. Originally conceived for the 2017 Edinburgh Festival Fringe, Organ Freeman is the true story of Jarlath Regan’s decision to donate one of his kidneys to his brother. It’s a textbook story show, with a strong narrative throughout, and Regan weaves his tale well.

The first few minutes are slightly wobbly tonight, as Regan’s initial attempts at crowd work are met with some positively granite-like stonewalling from the unusually uncooperative Stand audience. He’s undeterred though, and soon wins them round with some self-deprecating material about his own family and his relationship to alcohol – both of which nicely foreshadow the central narrative of the show.

It’s a tough needle to thread: how to tell a sincere and heartwarming story in which you are the uncontested hero. There’s an inbuilt egotism to any standup show – doubly so for a “true story” narrative – but Regan very skilfully avoids any self-congratulatory boasting or back-slapping. Indeed as the arc of the show emerges, expertly teased into being by Regan’s natural charm and nuance, it becomes obvious that the real hero of the story is someone else entirely.

Regan is a gifted mimic, and excels when personifying each of the characters in his story. It’s a shame, then, that these characters don’t get as much stage time as they perhaps should. There’s a lot of necessary exposition, but it occasionally feels as if that’s taking precedence over potentially interesting moments of flavour. The show is polished and perfectly rehearsed, but Regan fights against a reticence to expose too much personal detail. Often, there’s a sense of frustration as an interesting aspect of the story is curtailed too soon.

Regan is warm and charismatic, and a thoroughly relatable everyman. We’re cheering him on all the way, and the story’s conclusion is all the more satisfying for that.