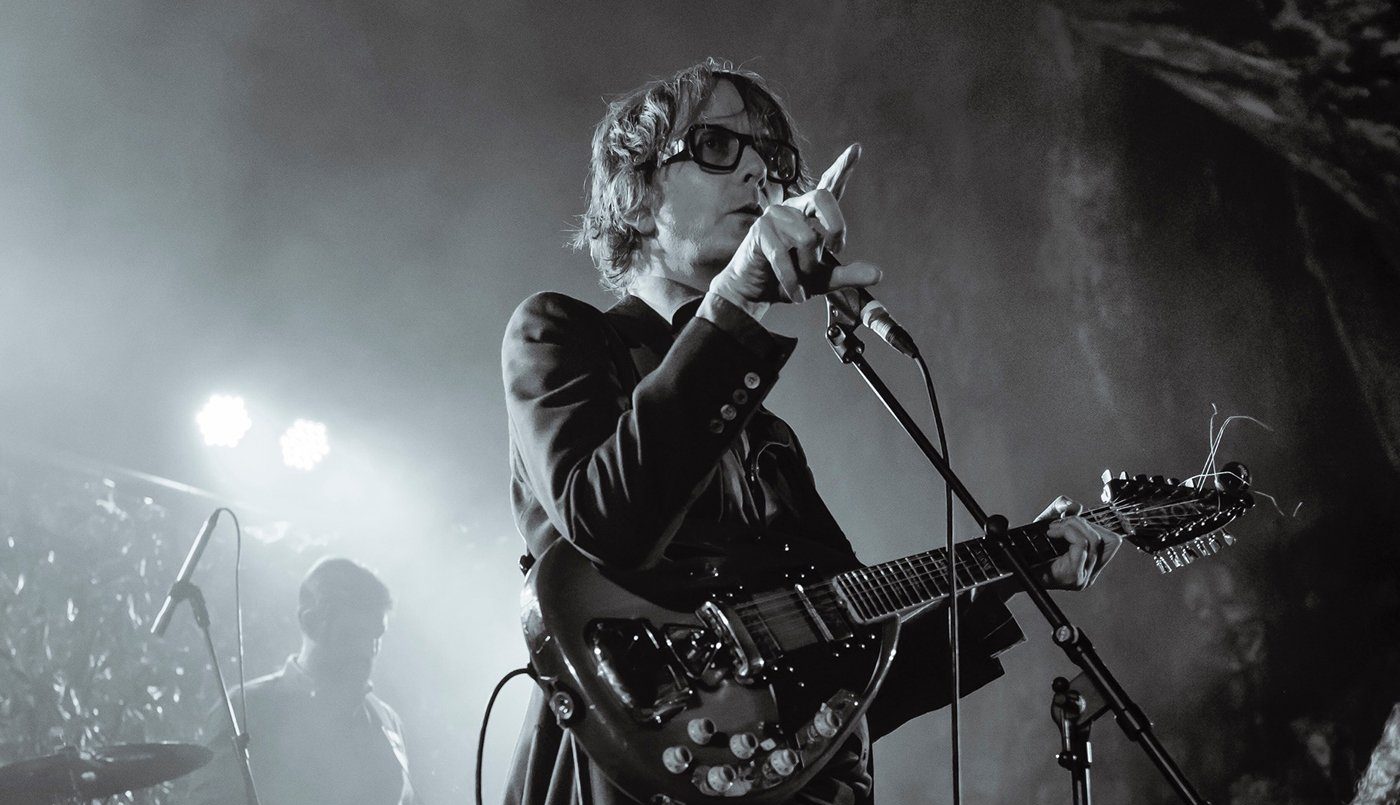 As the big moment edges closer, the stage of the Leith Theatre is doused in purple smoke. Glasgow band Our Lady of the Stars enhance their reputation, making dozens of new fans as they warm up the audience. Still, right now nobody is thinking about that. Everyone has come to see one of the greatest frontmen British music has ever produced take to the stage with his new musical project, JARV IS.

The stage is set with mood lights, an eclectic instrument collection, and a lightbox with the word ‘evolve’ written in pink. A haunting violin rendition of a Blondie cover counts down the seconds until Jarvis Cocker emerges through the mist. You know instantly that it is him – the hair, the figure, and that voice could only belong to one person. ‘Are you ready to take Leith of your senses?’ he asks the crowd. The roaring cheers and screams of disbelief he gets in return set the theatre ablaze with noise, and so does he.

The last time the former Pulp frontman graced the Edinburgh International Festival, it was in Room 29 with Chilly Gonzales. His entrance in that show was understated and graceful, his melancholic heart pouring out for his love affair with musical theatre. Not so this time. Cocker is alive with a raw, seething energy. His passion is not played out in a waltz, but in a rave. As the percussion and guitar bangs on behind him – and the lights furiously repeat dazzling patterns of colour and tone – Cocker riles the audience into a frenzy with a set bursting with physicality and rock grandeur. This energy is never lost, even when things take a quieter turn, for Cocker’s very presence is enough to keep his fans in a state of starstruck euphoria.

JARV IS reminds everyone why Jarvis Cocker became such an icon. There are moments where he basks in white light, as if he is the virtuous redeemer that has come to absolve his followers. His voice (which has stood the test of time so much better than his contemporaries), his understated humour, and an undeniable sex appeal that makes you shudder where you stand, reaching out in hopefulness for his touch. Best of all, he knows it; he knows exactly how his audience ticks. By sticking to less obvious song choices, he’s not simply milking his reputation. He is building it higher and higher before your eyes.

The night dives deep into Cocker’s back catalogue. Pulp is not even mentioned until the gig’s dying minutes, and even then the songs Cocker opts for are obscure choices. Far from being disappointing, it means you fall in love with his showmanship all over again.

He is supported by his band, who all excel. Emma Smith in particular shines through all the smoke that she and the others are often obscured by, with key contributions on vocals, guitar and a ‘mystery instrument.’ Best of all, however, is when Smith picks up her violin and adds a searing and piercing edge to many of the songs. It’s the finest touch to what is a glorious experiment that has yielded the best results you could dream of. Pulp will always be Cocker’s crowning glory, but JARV IS stands out as a remarkable, memorable triumph that moves you in whole new ways.