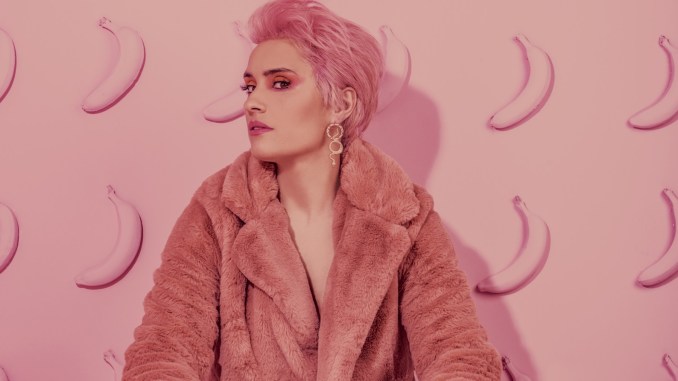 Jen Brister’s latest Fringe hour Under Privilege is a slick, sharp and mirth-filled show discussing motherhood, class and privilege. The comedian is raising twin boys with her girlfriend – one is a chauvinist and one is a misogynist – and she wrestles with railing against systemic privilege while mothering two white, middle-class boys in a world where they are afforded opportunity by virtue of their gender and skin colour.

Brister muses on how to parent children she has ‘nothing in common with’. Skits on the boring and repetitive nature of motherhood may not cover new ground but the skill of the delivery means the comedian’s material feels fresh. Anecdotes about the Toby Youngs of this world failing upwards and people claiming to be woke while holidaying in Dubai are hilariously done and the audience struggle to control their hysterics. Brister is a highly animated performer and turns anger into an artform – her ire could fill a much bigger room than the small Monkey Barrel stage she performs on.

The comedian isn’t afraid to be confrontational in her delivery – a couple of male audience members are marked out as the straight, white men who are ruining the world (although one later states that he isn’t actually straight and earns a high five). Some of the topics covered in the show make a few older audience members shift uncomfortably in their seats, but this isn’t comedy designed to give you the warm and fuzzies, it’s intended to provoke reaction. A section on the dichotomy of barbaric FGM still being a common practice in Africa, Asia and the Middle East, while women in the western world are choosing to have elective plastic surgery on their genitals to emulate unrealistic ideals displayed in porn is a powerful point well made.

Brister is a commanding presence who will make you howl with laughter, make you question your own privilege and leave you wanting more when the rapidfire hour is over.