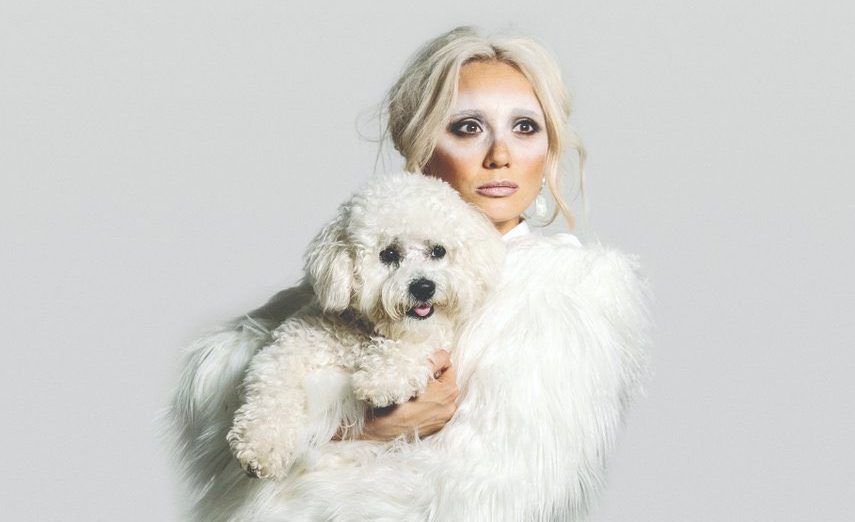 Jenny Bede combines her sharp wit, stories of a failed noughties pop career and love of musical theatre to create a glorious musical comedy in this absolutely hilarious hour. Jenny Bede: The Musical sees Bede pitching to “Cameron Mackintosh” (a random guy in the second row) and gives us a song from each of the many musicals she’s written based on her life.

Bede’s vocals are amazing, her comic timing impeccable and her ability to win over even the most cynical Fringe punter is admirable. The performer takes us on a whistle-stop tour of musical theatre with anecdotes about her life thrown in. The Royal Academy of Music graduate performs a showstopping rap about her blonde white friend who’s unhappy that she can’t audition for Hamilton and a musical takedown of mansplaining Joseph was something I still laugh about days later.

The hour is over far too quickly and you could happily spend hours in Bede’s company. The show speaks to musical theatre nerds and novices alike and the laughter is consistent and effusive. There’s a tiny piece of audience participation as Bede plays an ex-wife ghost of a newly engaged couple which has the whole audience shaking with laughter. As the Fringe enters its final week performers are flagging left and right but Bede shows no signs of fatigue and her personality is infectious, it’s impossible not to smile throughout the show.

A sub-narrative featuring her noughties girl band Cherry Falls (don’t worry – you’re not supposed to have heard of them) culminates in video evidence of the group in action as the audience leave, although many are frozen in horror watching the video through their giggles. A running thread in the show is that Bede isn’t being offered roles that are worthy of her talent and on the basis of this show, it’s stunning that casting directors are blind to her obvious genius.