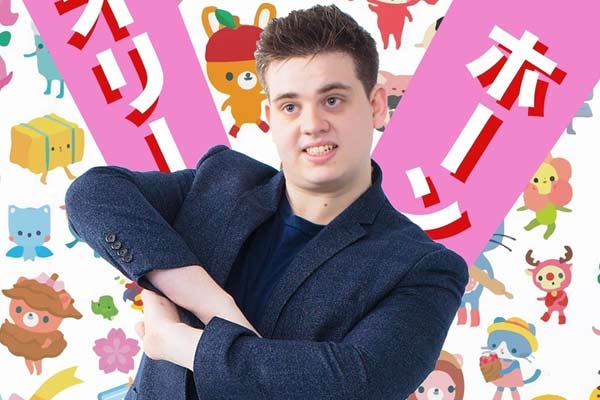 Engaging and endearing culture clash tale from a talented raconteur

Ollie Horn is a relieved man. The genial comedian confesses that there were ten minutes at the beginning of his debut hour in which he thought he was struggling to bring the audience with him. He needn’t have worried. A slightly sluggish opening is the only glitch in a wonderfully absorbing and frequently hilarious piece of storytelling.

Five years ago Horn suffered something of a quarter-life crisis, triggered by the ending of a relationship and the soul-sapping trudge through the quicksand of the corporate rat race. An advert on Facebook prompted the unusual decision to relocate to Japan; a strange move to undertake on a whim. Even stranger is his accidental career as a TV presenter when he got there, and the bizarre things he was required to do in the name of showbiz. Luckily for us, Horn has video evidence.

Those of a certain age may have been introduced to the delights of Japanese TV through the great Clive James and his showcase of insane shows such as Endurance. Younger viewers may be partial to the (slightly) less sadistic Takeshi’s Castle, which Horn references in one of the beautiful little throwaway gags with which the show is littered. Horn and his video clips demonstrate that kind of lunacy is pretty much the Nipponese norm for even the standard daily show format. Cue a hilarious montage of our hero as roving reporter ‘popping up’ on the screen from all angles like a good-natured, if slightly bewildered whack-a-mole. Then just wait until you see the adverts…

If this sounds like an easy piss-take of another culture you would be mistaken. Horn casts himself as a wide-eyed ingenue dancing down his new path with the enthusiasm of Dorothy down the Yellow Brick Road. It’s part stand-up and part Idiot Abroad-style travelogue with humour mined from odd cultural specificities such as the preponderance of excellent fried chicken at every convenience store, and Horn ensures he makes himself the butt of the joke. He also doesn’t shy away from his treatment as the ‘other’ in his new environment; an unfamiliar position for a middle-class straight white male. Culture shock comedy has been done before, but Pig in Japan is a very fine example.

Ultimately, Horn’s pure and joyous dedication to telling an entertaining tale allows him to incorporate its wider themes almost by stealth; the mark of a gifted storyteller.  There are issues like self-realisation and white privilege at the heart of the show that can often undercut the flow of a narrative with a screaming neon lack of subtlety, but Pig in Japan layers its message with the delicacy of a bedsheet on a gouty toe. If you want to enjoy a madcap fish-out-of-water tale on a surface level then you’ll love it, but its hidden depths run deep.