Jenny Lewis has taken to the stage in many forms – with bands, duets and collaborations – over her twenty year plus musical career. But now the Las Vegas-born singer is back with a solo record, On The Line, her first since 2014 and fourth in total.

This new album, while firmly in the classic-rock-pop genre, has her sounding more country than ever, with vintage musical tones and ballads of sorrowful but charming lyrical content. The retro sound of the slow chugging Hollywood Lawn would not be out of place in the kind of old American dive bar where the emphasis is on the word “dive” and not on the ironic hipster nature of its dingy aesthetic. The type of bar where an exhausted waitress with a voice of gold sings out to a disorderly landscape of elderly drunks. Lewis’s voice is elegant and rich, while the words are heartbreaking and frank in their delivery: “You know that I love you, babe / I just cannot stay.”

Most of the production duties on this album are shared by well known names: Beck and Ryan Adams. While the pair worked separately, there is a common thread of a polished-up roots-rock sound throughout the record. It is wide and expansive, while also simple and gritty. Lewis’s delicate soothing voice takes up a lot of space and reverberates through the speakers on tracks like Red Bull & Hennessy and Dogwood. The former is a sure highlight on the album, with a bassline homage to Fleetwood Mac’s Dreams driving the big band sound, as Lewis battles with a loved one: “What’s the matter with me? / I can see it in your eyes / After all we’ve been through.”

There is a familiar classic sound to On The Line. With most songs backed by slow consistent guitar strumming, sustained organ sounds, and simple drum beats, the album is no place for musical innovation. But it is testament to Lewis’s impressive song writing abilities that this really does not matter at all. As well as offering a tonne of hooks, the craft of song writing on this LP is at such a high level that it is an enriching and captivating listening experience. 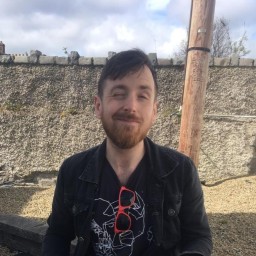