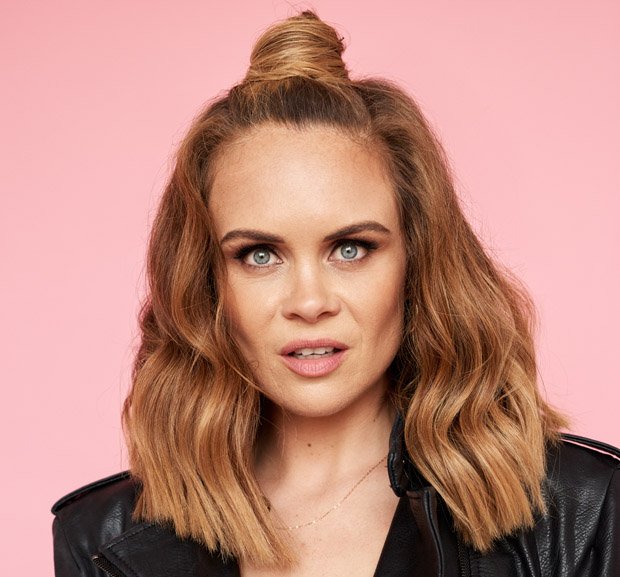 Another assured hour of comedy from Joanne McNally

Joanne McNally begins her set while the audience is still taking their seats. Riffing with the crowd, she assures the front-row-avoiding patrons not to be scared to sit up front – she’s just as likely to speak to someone from the back of the room. It’s a nice start, which makes everyone feel comfortable as we take our seats for an hour of boisterous comedy. And when McNally gets going you almost wish she’d pick on you because her ribbing is so funny you feel honoured to have been chosen.

The Prosecco Express sees McNally hilariously exploring unhealthy relationships, what it’s like when everyone is settling down and having babies when you’re living in your mother’s attic in your mid-30s and female friendship in an insightful and smart show.

Some of McNally’s friends are already on their second marriage, while she hasn’t even managed one. She’s invested a lot of time and money in friend’s big days, drank one too many cocktails out of a jam jar and wonders when it’ll be her turn. She thought she’d found the one in ‘Monster Munch Head’ (so-called because although he was funny enough to laugh her into the sack he had a head like a Monster Munch) but alas, their tempestuous relationship ended many times. McNally’s anecdotes on sex and relationships, drawing on the audiences own stories of togetherness made the whole room howl with laughter, even when some of the sex talks got very spicy. A joke about anal sex had an audience member next to me gasping for breath for a solid minute.

McNally weaves in stories about adoption, the prospect of being buried by her parents and plastic surgery horror story throughout her set and the audience struggle to keep up with the gags. A born performer, it’s difficult to imagine McNally as a copywriter in a previous life. Another triumphant Fringe set that leaves fans wondering what she’ll come up with next.