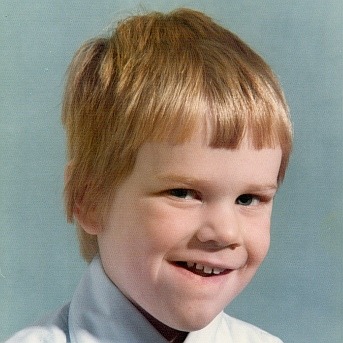 John Pendal begins his show by welcoming the audience as they walk in, helpfully mentioning to a French couple that a member of staff in the room will help translate and pointing out the presence of two fans in the room in case it gets too hot. All of this seems unusually considerate for a comedian whose show is rated 18+.

But there are reasons for this sensitivity – Pendal reveals that he is gay and has Asperger Syndrome. Through the framing device of attending relationship counselling with his ‘walk-in fridge’ of a boyfriend, he reveals the problems his sexuality and Asperger’s caused him when growing up.

This device allows Pendal to embark on a funny yet poignant journey through his life using his ‘Shame-o-meter’. This gives him the chance to start off with humorous anecdotes such as his childhood predilection for wearing ties and how his coeliac disease proved awkward on family hiking holidays that keep the audience laughing.

However, as the show progresses and Pendal moves further up the Shame-o-meter, the tone darkens, although Pendal manages this tonal shift well by holding up pictures of his cat to temporarily lighten the mood during this section of the show.

Specifically, the section dealing with Pendal’s period as an evangelical fundamentalist Christian and his exposure to gay conversion therapy are particularly harrowing, with Pendal appearing noticeably upset during his recounting of this period. However, he manages to effectively highlight the absurdities of the evangelical fundamentalist attitudes towards sex and childbirth.

Speaking personally as a fellow ‘Aspie’, I find Pendal’s openness to be refreshing, particularly regarding his honesty about his neurodivergent identity and how he was made to feel ashamed about not only his sexual orientation, but also his literal understanding of the world around him. His use of statistics (a common Asperger trait) to dispel LGBT stereotypes is a particularly inspired touch.

Monster isn’t an easy sit-through – however, Pendal’s delicate yet ribald handling of its issues makes it informative and entertaining for the audience as well as cathartic for himself. There aren’t many comedy shows that you leave feeling enlightened, which makes Pendal’s approach feel particularly unique.