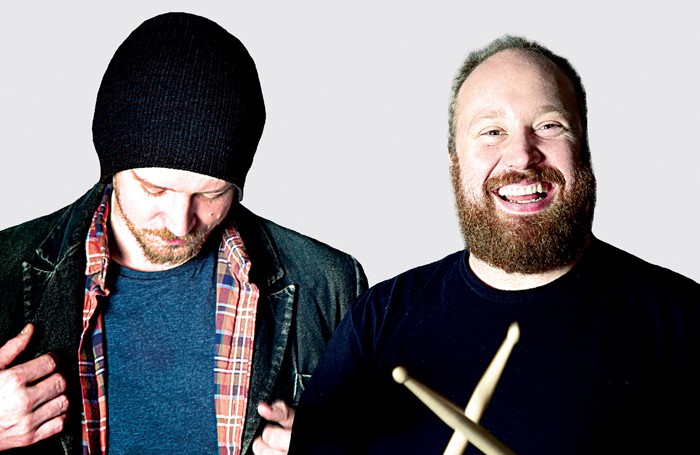 Jonny and the Baptists
Eat the Poor

A show for the sake of entertainment is perfectly valid.  Drawing laughter from a roomful of people is a great thing. But take something that is well written, engaging and skillful, add a genuinely impassioned political and socio-economic message and it becomes a piece of activist art. Eat The Poor is undoubtedly a very funny show, but where it really excels is in the ability to turn the atmosphere on a pinhead.

Jonny & the Baptists offer two hours of high energy, musical comedy. The two complement each other very well. Vocally, Jonny’s musical theatre belt contrasts Paddy’s more indie rock style, while the two excel in their shared falsetto screaming. Visually, Jonny’s plumper, shorter stature, contrasts the tall, slim, blonde, Paddy – something the pair draw plenty of comedy from. Both have oodles of charisma and although Jonny leads the majority of the comedy, Paddy’s support and reactions give tremendous warmth to the relationship.

This is a highly topical show, full of Brexit jokes, with a few throwbacks to the past. There are moments that perhaps cross lines of taste, but they’re few and generally the satire is well pitched – particularly a wonderful take down of the idolisation of celebrity and wealth in high end glossy magazines.

What’s so heartening about Eat The Poor is that the performers care so much. Especially in the current pre-election season of spin, archaic campaign methods and misinformation, it’s refreshing to see something that makes its point, informs and educates through art. It is silly, but the silliness works hand in hand with the serious points, and crucially it is the highly amusing silliness that gets us listening, so that we do hear the message. And that message (the problem of increasing societal inequality) is presented through observational, witty lyrics, and a well crafted, extremely accessible piece of musical theatre. If young people are to be politically engaged and inspired to change the future of our social climate, then surely this is the way to do it.