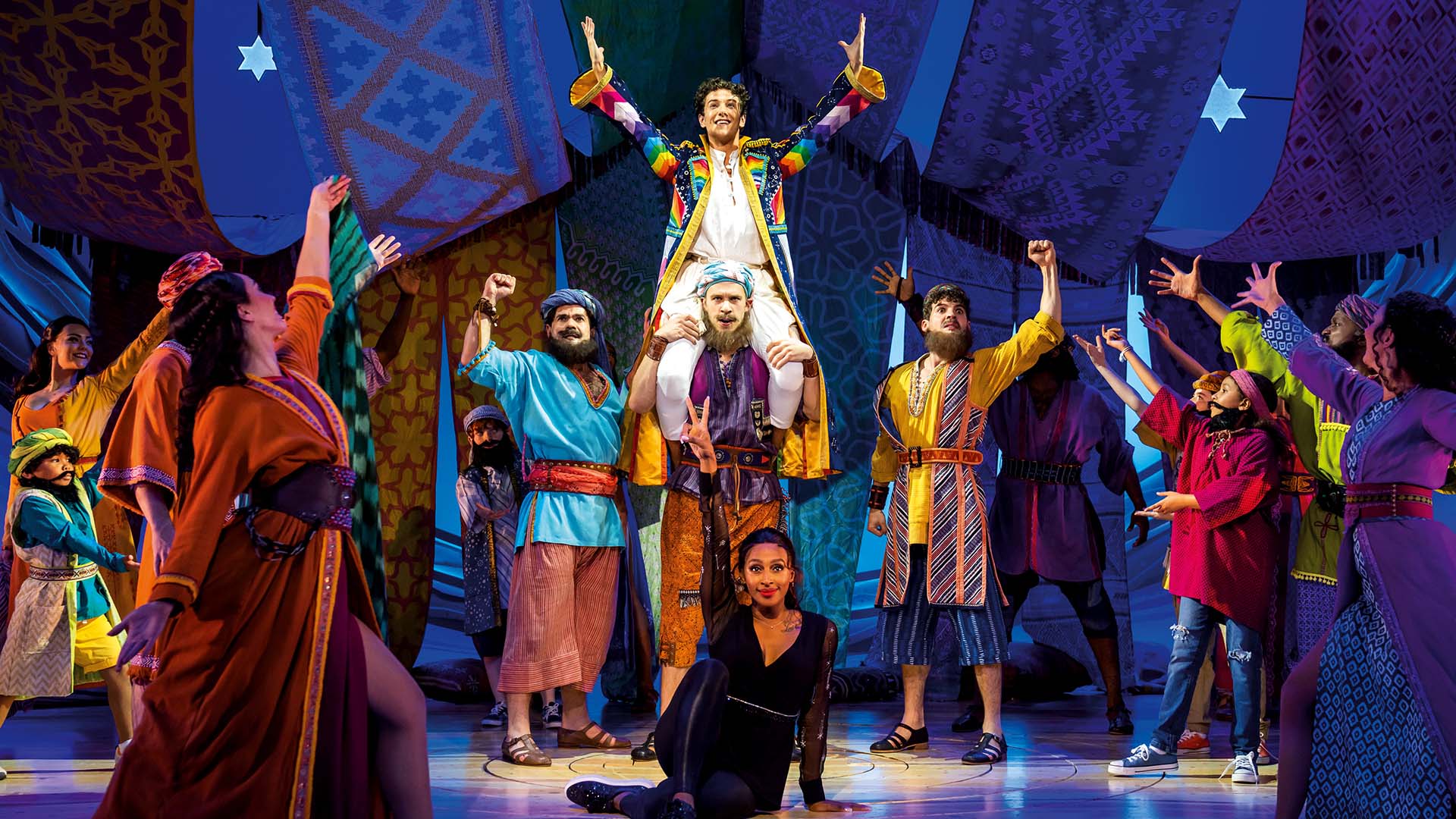 Joseph and the Amazing Technicolor Dreamcoat

A dream of a production

On the final stop of their UK tour, the talented cast of Joseph and the Amazing Technicolor Dreamcoat end the run on a high – dazzling the Edinburgh Playhouse’s audiences with a fabulous spectacle of a show.

Since it first appeared at the Edinburgh International Festival in 1972, Andrew Lloyd Webber and Tim Rice‘s musical has seen many different adaptations performed across the world. Despite being a well-established production, director Laurence Connor has managed to bring something new to the table, keeping Joseph’s story fresh and exciting.

One of the standout changes is the decision to have the young schoolchildren double as key figures in the Book of Genesis story. While most of the young performers play Joseph’s brothers and their wives, there are also a few delightful surprises in store. It’s not only a pragmatic decision that reduces the cast size, but also further involves the children in the story – in turn leading to some very funny, unexpected jokes.

This decision to double-up characters is less successful when it comes to Alexandra Burke’s role. As well as playing the Narrator, Burke also dresses up as Jacob and Potiphar’s wife, among others. Unfortunately, this makes the story feel a bit gimmicky. Jacob and Joseph’s reunion at the end of the show lacks the emotional pull it often has, instead choosing to maintain the light-hearted tone of the show. While this can perhaps be overlooked, her performance as Potiphar’s wife cannot. While no-one is expecting the orgy that is not-so-subtly implied in the film adaptation, the coquettish scene between Potiphar’s wife and Joseph offered here instead is clumsy and cringey to watch. This all takes away from what is otherwise a fantastic performance from Burke, who particularly shows off her vocal prowess in the opening number of Act Two.

A truly stellar performance comes from leading man Jac Yarrow. Yarrow portrays the young dreamer with a perfect balance of charm and sensitivity, and his performances of Close Every Door To Me and the reprise of Any Dream Will Do are show highlights. As for his jealous brothers, Jacob’s other (adult) sons shine in their ensemble numbers – revelling in Joann M. Hunter’s fun and energetic choreography. They also do a brilliant job in supporting and including the younger cast.

As for the rest of the creative team, Morgan Large’s set and costume design is astounding – you will be hard-pressed to find a production as bright and beautiful as this one. Joseph’s coat is strikingly vivid in colour, and the constellation accents are a lovely nod to his dreams. Paired with Ben Cracknell’s lighting design, the backdrops and props make for a stunning visual experience. The design of Pharaoh’s palace in Act Two is also unparalleled, with the moving statues and large Vegas sign quickly getting the audience excited for Pharaoh’s appearance. And if you were wondering whether such an ostentatious set was designed to compensate for something, you are mistaken. Though a bit shaky at first, Jason Donovan excels in his role as the aging, sleep-deprived Pharaoh (it’s safe to say that he is embodying the King of Rock ‘n’ Roll in his later years). It’s wonderful to see him return to a show that marked a pinnacle moment in his career.

As tonight’s standing ovation shows, Joseph continues to enrapture audiences, young and old. The megamix at the end has everyone on their feet, yet still wanting more once the curtain falls. It’s a dream of a production.