It’s safe to say Karine Polwart is quickly cementing her place as a national treasure here in Scotland, composing and performing an eclectic range of folk and roots music while amassing an impressive collection of awards for her work. Amidst juggling a variety of artistic projects, Polwart fronts a supremely gifted trio involving her brother Steven Polwart and neighbour Inge Thomson, who visit the Queens Hall for a one-off performance during this year’s Edinburgh Festival Fringe.

Rapturous applause from a packed-out audience warmly welcomes the group on stage, and almost immediately, superlatives flood the mind. Trying to capture this torrent of words causes smoke to erupt from the notepad amidst the friction of pen on paper. The rich quality and sublime control of Karine Polwart’s voice is truly a joy to listen to, simultaneously delicate, powerful and effortless. Highly complex melodies appear as undemanding to her as humming in the shower is to us mere mortals.

The trio play with a tightness and synchronicity only possible through years of collaboration. They manage to create a live sound that is truly astonishing for only three musicians on stage. This is achieved mainly through lush vocal harmonies and Inge Thomson’s wizardry as a multi-instrumentalist. Accordion, glockenspiel, percussion, bells and looping pedals are just some of the instruments she plays, often all at once, to achieve a rich soundscape. A hat should be tipped to the group’s sound engineer who balances instrument levels in a manner that allows each sound its own space to be heard and appreciated. A very rare occurrence in a live gig.

Original compositions are interspersed with covers throughout the set, most of which work very well. The Buggles’ Video Killed the Radio Star is a small diversion away from folk song-crafting at its very best but this distraction is the only element standing in the way of a five-star review. Make no mistake, the Karine Polwart Trio possess skills of the highest calibre, capable of delivering musical perfection. 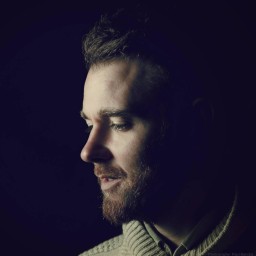 Japanese bad-asses bring the noise, and much more