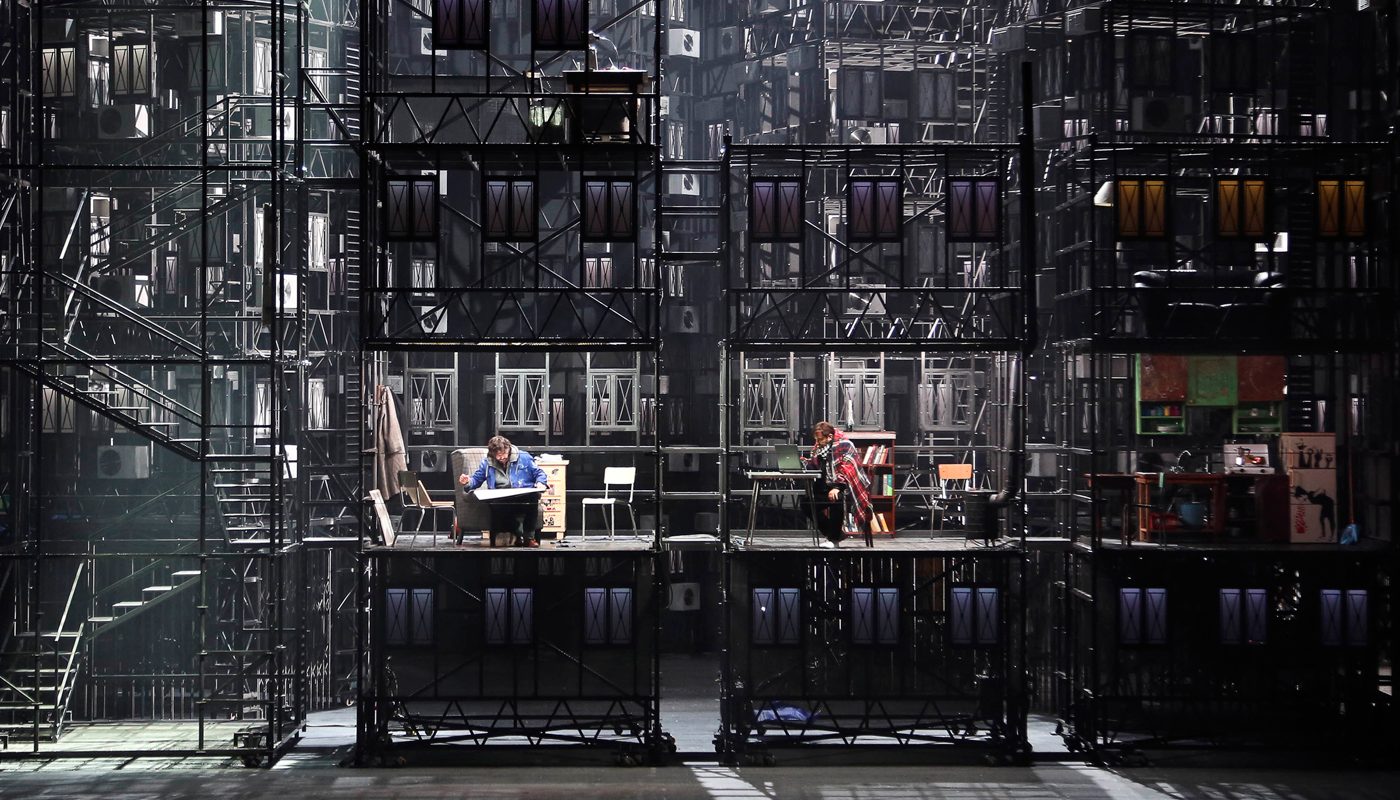 The icing on the cake of this year's Festival.

Teatro Regio Torino has had a great visit to the Edinburgh International Festival, showing what an international standard opera company can produce: an interesting, at times over the top, but wonderfully sung Macbeth; a very fine Verdi’s Requiem; and this afternoon, an excellent modern production of one of opera’s great standards, La bohème. Scottish Opera’s attempt to update La bohème earlier this year was not without its problems, but here, Teatro Regio Torino shows that it is possible to modernise a production without undermining the music.

The set is superb, opening to a multi-story skyscraper containing the flats of the Bohemians, but also that of Mimì above them. It works really well, and quickly transforms itself into the Café Momus of the second act, then the gates of Paris in the third, and back to the Bohemians’ flats in the last act. It has lots of contemporary touches, such as iPads, and a Lidl bag next to a rough sleeper!

The excellent sets are complemented by a very good cast. Erika Grimaldi as Mimì and Giorgio Berrugi as Rodolfo are both very good. However, the stand out singer is the young South African singer, Kelebogile Besong, who sings Musetta and dominates the stage during the Café Momus scene. They are backed up by a fine cast of principals and a great chorus, helped out by the children of the Edinburgh branch of the National Youth Choir of Scotland.

Dominating the production and singing every note is conductor Gianandrea Noseda, who produces great sounds from his fine orchestra and directs his singers expertly on stage. They all receive a great response from the very full Festival Theatre.

Fergus Linehan, the new Festival director, should be congratulated on putting opera at the centre of the Festival, as it was 70 years ago in 1947. There were nine operas over the three weeks of the Festival, most of them in concert form, and some of them excellent such as Die Walküre and Peter Grimes. However, the visit of Teatro Regio Torino is the icing on the cake of what has been a great music festival. They show us that opera, done well and fully staged, is perhaps the greatest of all art forms. Let us hope that Linehan can keep up the high standard next year!