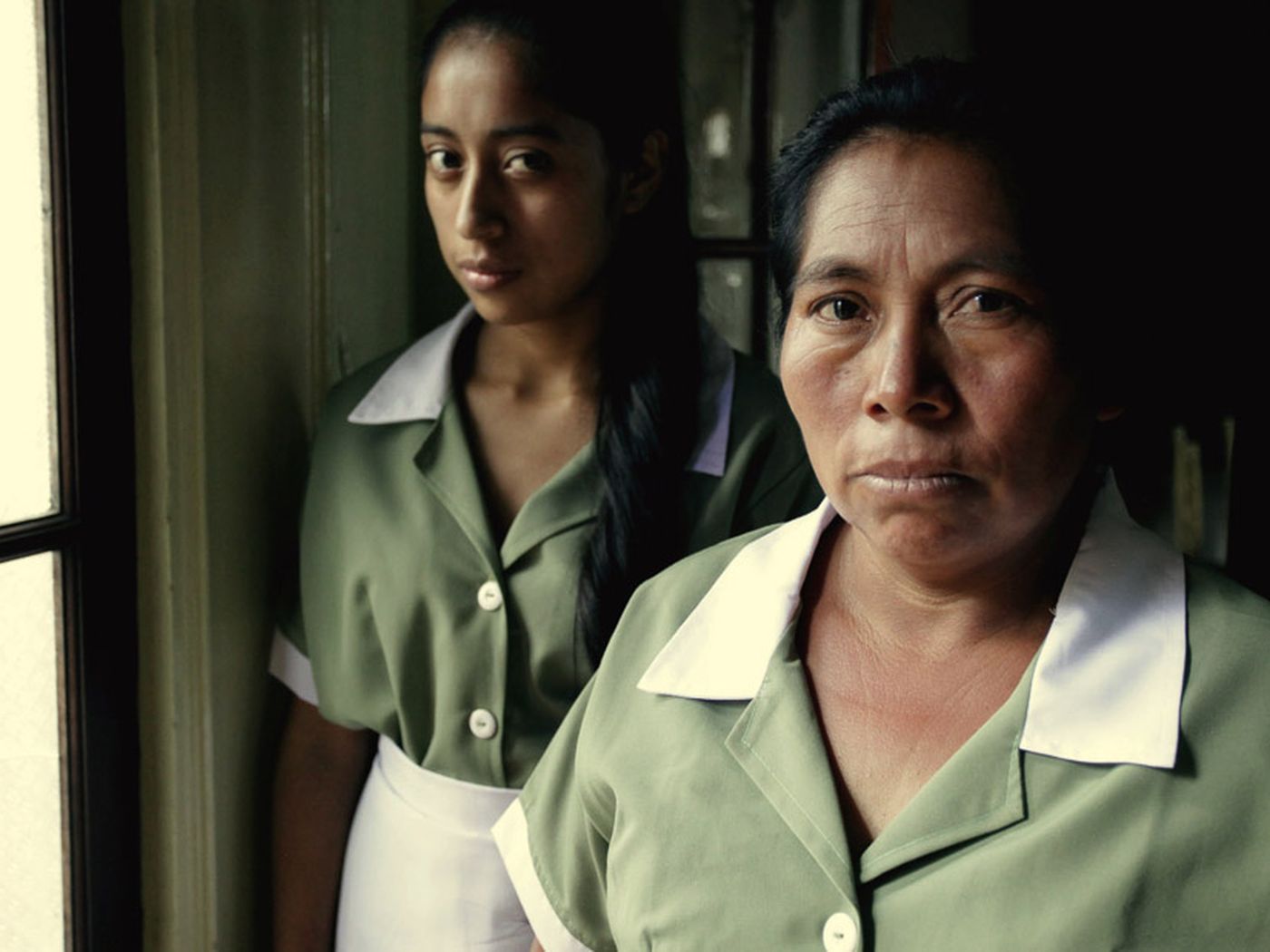 Surprisingly low-key and yet still effective

The legend of “la llorona” or the “Weeping Woman” is one endemic to much of Latin America. It tells of a vengeful spirit of a woman who drowned herself and her children. One who seeks watery vengeance in the dark watches of the night, and can be heard by her tearful sobbing. It’s a tale that recently got an entry into the Conjuring Universe’s glitz and polished horror treatment in Michael Chaves‘ directorial debut, The Curse of La Llorona.

Instead of such a garish and predictably filmic horror, Jayro Bustamante’s La Llorona instead refocuses the idea of the ancient myth, and combines it with the very real and tragic history of his native Guatemala. In drawing on the cautionary monster story, he ties his country’s own complicity during the tragic 1970s massacre of Maya farmers in the El Estor village of La Llorona during the Silent Holocaust.

The film follows the family of ageing and borderline senile ex-dictator and war criminal, Enrique Monteverde (Julio Diaz). Having being convicted of war crimes and sentenced to nothing more strenuous than house arrest, the old soldier finds himself trapped in his mansion-like home, walking the rooms at night, hearing whispered voices and a strange woman sobbing. Since he’s also prone to waving around and firing his pistol in this state, his daughter’s family moves in to care for him, just as the serving staff flee the oncoming crowds of angry protestors. To cope with him, his granddaughter, and the lack of staff, they hire local Maya worker Alma (Maria Mercedes Coroy), whose solemn presence hints of something unnatural.

In essence, La Llorona is a haunted house film, as the various members of the household are all trapped in some way or another. Enrique may be the one under guard, but his long suffering wife, Carmen (Margarita Kenéfic) is equally imprisoned, both by the crowds and the approaching infirmities of age, stress, and long held secrets. Meanwhile his daughter, Natalia (Sabrina de la Hoz) is suffering from an ever-dwindling respect for the old man that diminishes with every newly revealed suspicion about his past. Contrastingly, frequent Bustamante collaborator María Telón (as the salt of the earth housekeeper Valeriana) seems immune to all the strangeness.

It’s surprisingly low-key and yet still effective as both a horror and a parable, with Bustamante showing that he can pull off post-modern horror with as much aplomb and style as he has shown with his dramas, Ixcanul and Temblores. Yet, some aspects of the story feel thin, and the pacing and narrative threads do wander out of bounds and grow ungainly at times. Truly, it’s at its best when he’s using the stillness and transporting the audience into the uncanny through simple but effective means, most particularly when Coroy is onscreen as the almost silent Alma. She appears from the thronging crowd as an image of strange stillness, perpetually unblinking and moving with clear intent and purpose. It’s a fascinating choice, straddling the indecipherable line between a cautious woman and an unnatural being. In the end, the film ends up being a creature of two worlds, and while it’s never dull and is certainly worth experiencing, it isn’t ever quite comfortable in either.