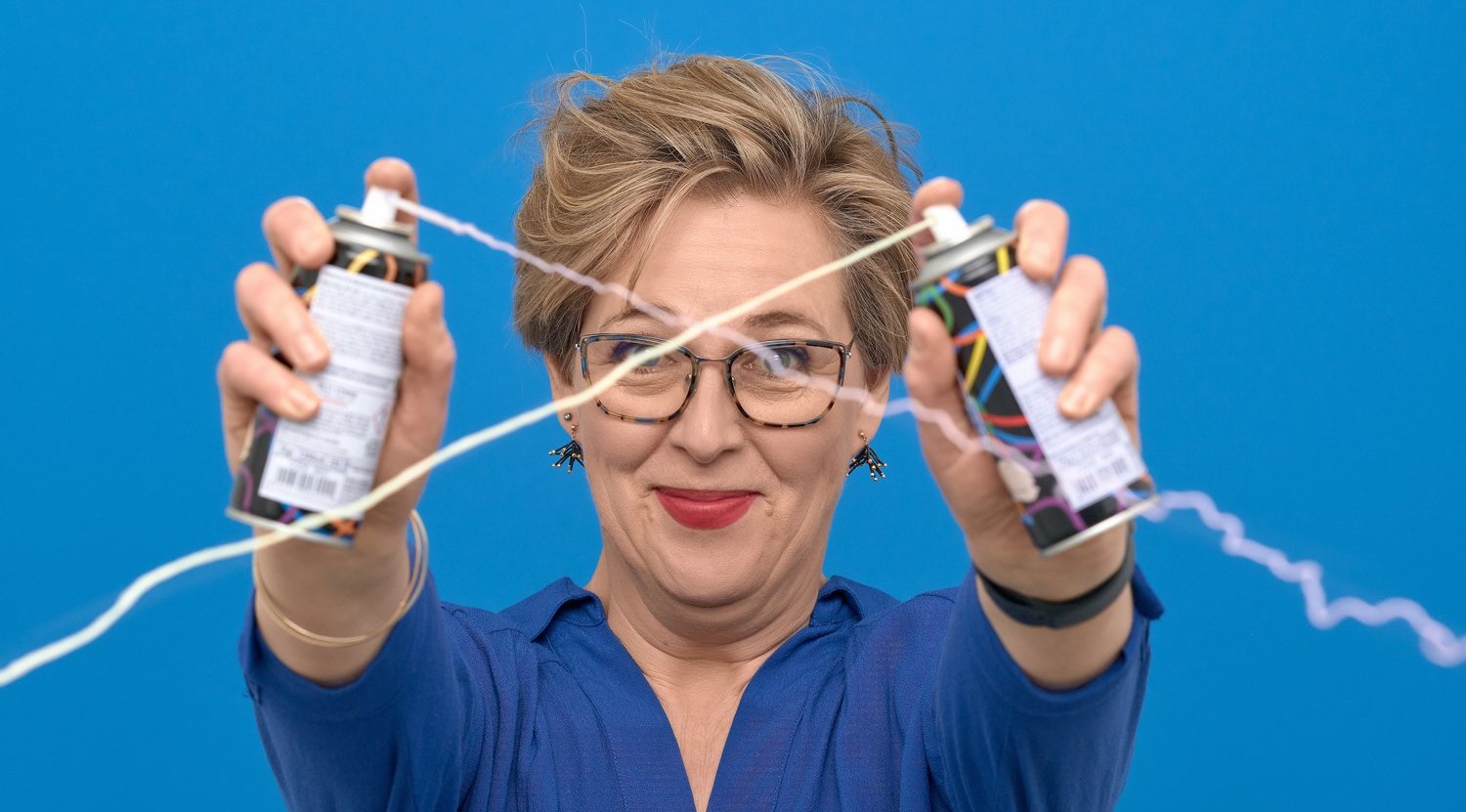 Refreshingly unselfconscious comedy about the perils of midlife

To say Louise Leigh has the air of a Radio 2 DJ is not a snide dig at her comedy, but to explain the chummy, come-one-come-all feeling of being welcomed into a room by her. Everyone from kids to grans are here. Besides, she’s well aware of the Middle England manner with which she comes across: “I was parking up at John Lewis… Of course I was, listen to this voice.”

But beneath the family-friendly presentation, there’s something less PG about her inner life – like the kind of Radio 2 DJ who’d be caught in the gossip columns. A burst of MF-ing. A drug taking past, even if it was just hitting the plaque disclosure tablets. She’s a mother who wants to devour her children… literally. A woman who gives cruelly funny nicknames to mates with cancer. These darker twists give edge to a show which is otherwise a light-hearted look at the trials of middle life, especially as part of the sandwich generation whose bi-directional caring duties put the kibosh on the desire to still be out partying.

It appears that some of her early material – about a Turkish search-and-rescue mission and about the troubles of tethering down a gazebo – isn’t landing quite as successfully as she’d intended, but by this stage in the Fringe she’s powering on past it. She’s not going to plead for a laugh, just keep going, no dead air time – that DJ vibe again.

But by the time we get to the finale – a well-judged cri de couer about living through the menopause – the reason that material hasn’t hit the cutting room floor becomes clear. It all gets bound together, but not in the clever-clever way of many callbacks. There’s a subtle craft to the hour even if some of the source material isn’t yielding the laughs she’d like.

The highlights though are her physical humour. There’s a brilliant wordless sequence about the moments when you’re left alone in a room pre-mammogram, staring at your own boobs. And as she prepares to treat her husband to some sexy role-play on his 50th birthday, she straight-facedly demonstrates the slow divergence between leg shaving adverts and her own personal grooming reality.

Whether it has or not, this show feels like it’s been developed away from industry circles and is all the better for it. There’s nothing self-conscious or try-hard about it. It exists to entertain us and her and not to compete in the Edinburgh comedy cattle market. We’re the only people she wants to impress. That in itself is refreshing; the fact it wraps the silliness up with a bit of a message is simply a bonus.