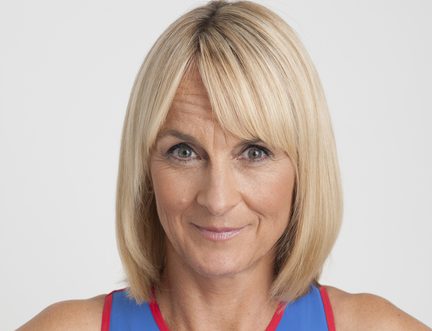 BBC Breakfast presenter inspires us all to find the Team GB athlete inside us.

Following a chance conversation with a producer, Louise Minchin, BBC Breakfast presenter, has gone on not only to complete numerous triathlons but to qualify as a representative of Team GB. It is an accomplishment most of us would deem impossible but Minchin is here at the Edinburgh International Book Festival to tell us that it’s not and that by setting yourself small goals and challenges along the way we can all achieve something amazing.

Her story is documented in her new book, Dare to Tri, in which she takes the reader on a journey through the ups and downs of getting up at 3.40am to present BBC Breakfast before trying to juggle family life, training and competing in one of the toughest athletics events.

Hostess for today’s proceedings is Janet Ellis, who starts by asking Louise about her early relationship with sports. Louise’s response sums up how far women in sport have come. She describes being an avid swimmer as a young child and then “to my shame realising that I had developed muscles on my arms”. At fifteen, therefore, she gave it all up and for the next thirty years did very little in the way of sport. This is an all too familiar story for many young women put off sport as teenagers and only returning years later, however, movements like This Girl Can (alluded to in a picture Minchin puts up) and popular hashtags like #strongnotskinny do seem to be transforming young women’s relationship with sport, vital in this time of increasing mental health difficulties.

The mental health benefits are not lost on Louise Minchin either, speaking candidly about how one of the greatest lessons that she has learnt and is now trying to pass on to her two daughters is to do with resilience. Things go wrong but it is the ability to keep going, keep pushing, keep fighting, and to keep challenging ourselves that is the hallmark of being successful, not just in sport, but in life.

Just as she is on the BBC Breakfast show, Louise Minchin is smiley, engaging and down-to-earth and the motivating hour goes past in a flash. How many will now be inspired to dust off their trainers and get out there and challenge themselves to do something they thought was impossible?