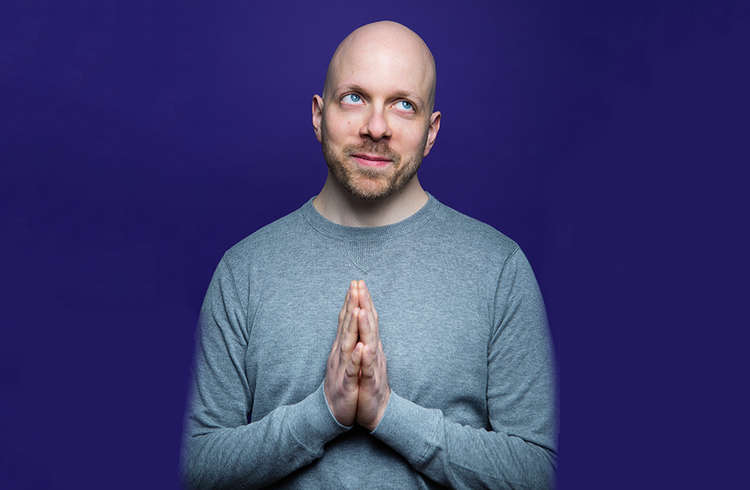 He’s an easy comedian to warm to is Cupani, former winner of So You Think You’re Funny? Softly-spoken and mild-mannered, the Italian is a quietly affable person to be in a room with. Your gran would think he was a lovely lad. Especially since, as he discusses in this show, Luca is a good Catholic boy, behaving himself and minding his ps and qs with one eye on the afterlife. A rare stance for a comedian. Less so for an Italian.

Cupani’s is a very gentle humour, and sometimes some of the punchlines get lost in his soft European accent. It’s not that he can’t project – he demonstrates that with a Shakespearean speech. After all, why shouldn’t he join the RSC, given how many Italian plays Shakespeare did? But he plays a bashful persona when saying “rude” words and that’s what does for him. The gag about St Agatha is probably lost unless you happened to already know how she died.

The best material here is a dissection of the Bible, imagining what a modern day editor would make of it when presented with a pile of St Paul’s boring letters. He knows his ground, and presents it in a way that wouldn’t alienate non-believers.

There’s possibly some material missing this afternoon. He may have skipped some saints’ lives by losing his thread. Also, the natural home for this, given the style and material would be the Free Fringe. It’s not your mainstream, panel-show ready stand-up, which might not match Underbelly audience expectations. It’s all very likeable though. You won’t be stuck in comedy purgatory here.