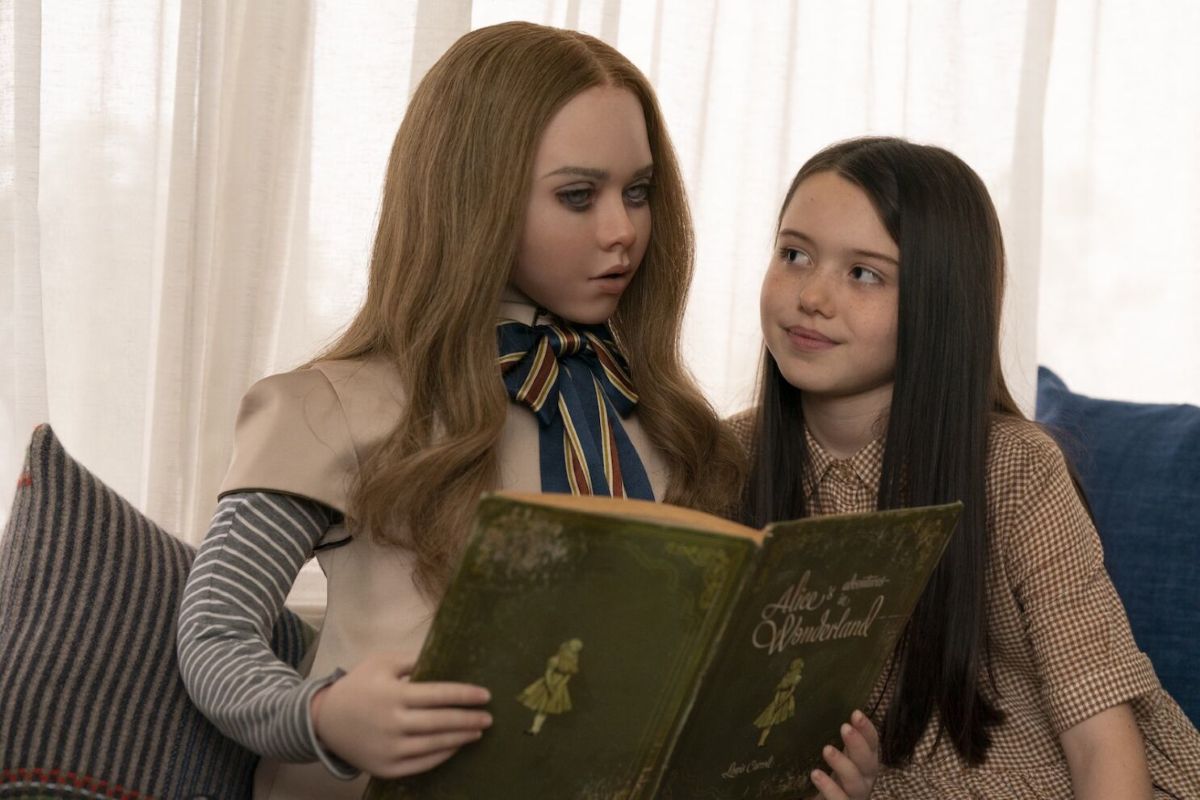 A campy and sardonic sci-fi horror for new audiences

When required, the movement direction for M3GAN is deeply unsettling. It shifts the audience’s perspective of the character away from the humour, and back into the territory that this robotic doll is a threat

If you’ve been on the internet for more than a day, you’ll likely have seen the ‘M3GAN dance’ – the viral advertising for the film showcasing the titular film’s animatronic lead/antagonist and its kitsch and ostentatious style. But beneath the camp horror, M3GAN aims to introduce new audiences to a science-fiction format of horror, which instils warnings about our faith in technology and reliance on instant gratification. Is it as grown-up as it wants to be, or is it all just Child’s Play?

There’s more than a passing resemblance with the Annabelle and Chucky franchise that surrounds the Atomic Monster and Blumhouse production, one which the film rises above and doesn’t truly deserve. M3GAN, short for Model 3 Generative Android, is a silicon-heart and artificial-soul labour of roboticist Gemma: powered by AI and designed to assist in caregiving duties and as a loyal companion for children. It’s this final operative which causes M3GAN to become ‘paired’ with Gemma’s niece Cady after Cady loses her parents in a collision with a snowplough.

Humour plays a more prominent role in the film’s narrative than previously considered, with screenwriter Akela Cooper tying humour as much, and occasionally more, into the script as she does the horror elements. It evokes a tremendously campy-shlock atmosphere, which does too good a job of dampening the dread through the earlier portions of the film. But to its strength, Cooper and director Gerard Johnstone takes no prisoners with the film’s mean-spirited and sardonic nature when M3GAN wants to remind audiences of its murderous nature.

And a slab of this is down to Amie Donald’s physical performance as the A.I. infused doll – with Jenna Davis’ vocal role to blur the line between sweet, carefree and volatile. She’s serene, unnerving, and together with Adrien Morot and Kathy Tse of Morot FX Studio’s puppetry, completely straddles the uncanny valley and sits as a constant discomfort in how life-like, and how detached she is. It comes as no wonder that the M3GAN doll is able to form an attachment with Violet McGraw‘s Cady.  M3GAN’s influence has McGraw chillingly capturing the fury and grief of a child chillingly later into the film. Allison Williams also provides a solid performance as the solitary aunt Gemma

When required, the movement direction for M3GAN is deeply unsettling. It shifts the audience’s perspective of the character away from the humour, and back into the territory that this robotic doll is a threat – something the film takes too long in reminding us of. It allows for some stellar slaughters and chills, Peter McCaffrey’s cinematography taking full advantage of location-based shots to insert the inhuman traits of this killer doll.

M3GAN isn’t subtle with its thematic notions, chiefly that of distracted/screen parenting, but is more effective with its major theme: trauma. Specifically, children attempting to unpack trauma, and the awkwardness and unease adults take in processing this. Williams offers a shockingly nonchalant and believable performance which grows in emotional turmoil as Gemma accepts both Cady’s trauma and the loss of her sister.

Unquestionably, M3GAN will position this vibing, acidic-tongued and killer fashion icon sitting amongst horror’s other voodoo-infused dolls and haunted toys. With some rather spiffy dance-viral marketing, an online vendetta against M3GAN’s spiritual precursor and an emerging fanbase, the greenlighting of a sequel was expected. There’s a lot for audiences to attach to and engage with, and most encouragingly there are new audiences the film will attract. But is this pint-sized murderer going to shake up the genre? Absolutely not, but M3GAN hits the notes it wants to cleanly and leaves enough guts on the floors to satiate the curious.