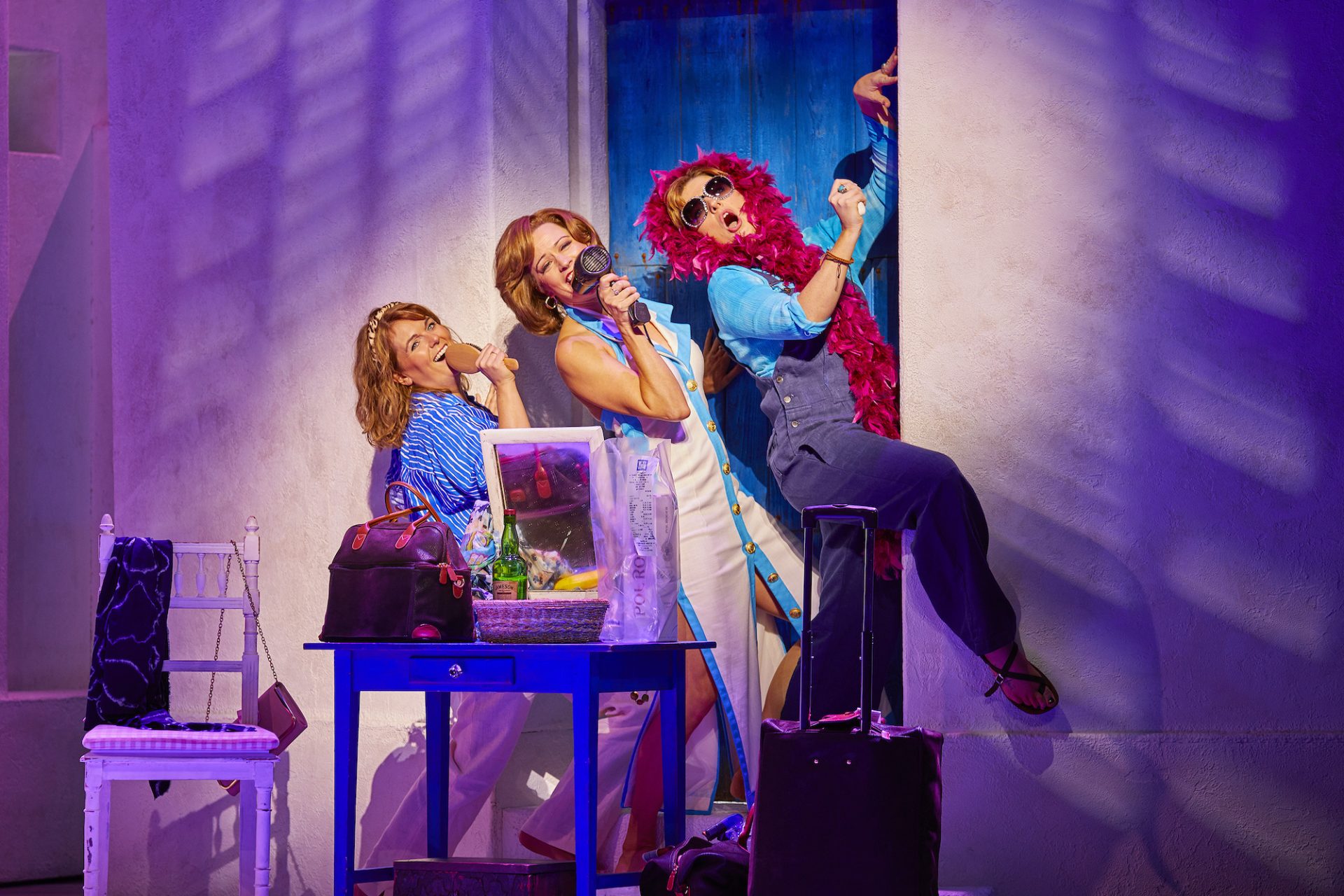 With a soundtrack comprised of everybody’s ABBA favourites, a Greek island setting and an absurd storyline typical of many a musical, it is no wonder that MAMMA MIA! is celebrating its 20th anniversary on the stage. The hit movie released in 2008 starring Meryl Streep only strengthened the public’s love for this raucous, fun time musical back currently touring the UK.

Sophie Sheridan (Emma Mullen) is getting married, and having grown up with no father – and indeed not even knowing who he is – she discovers her mother’s diary with the names of three men in three different diary entries, all dated in the August before Sophie was born. Excited that one of these men is very likely her father, she invites them all to the wedding and the action picks up on the eve of the ceremony as Sam (Rob Fowler), Harry (Daniel Crowder) and Bill (Jamie Kenna) arrive on the island, unaware of the real reason for the invitation. Sophie’s mother, Donna (Sharon Sexton), is also unaware of her daughter’s plan, and what ensues is an at times tender, and other times comedic, story told through the ABBA classics.

Much of the comedy comes from the double act of Rosie (Nicky Swift) and Tanya (Helen Anker), Donna’s friends of old who together form ‘Donna’s Dynamos’. There is something distinctly Absolutely Fabulous–esque about their scenes and there is plenty of laugh-out-loud moments involving the pair.

What people really come for though is the music. Every number from the Swedish group is a classic pop number which, whether intentionally or otherwise, everyone knows the words to. Singing along is actively encouraged in this particular musical and as the wedding (albeit with a few twists and turns) comes to a close ‘Donna’s Dynamos’ return for a resounding finale with the crowd clapping, dancing and singing excitedly.

MAMMA MIA! is more than a musical; it is a great night out and a wonderful celebration of the musical genre and everything ABBA have given to the world.