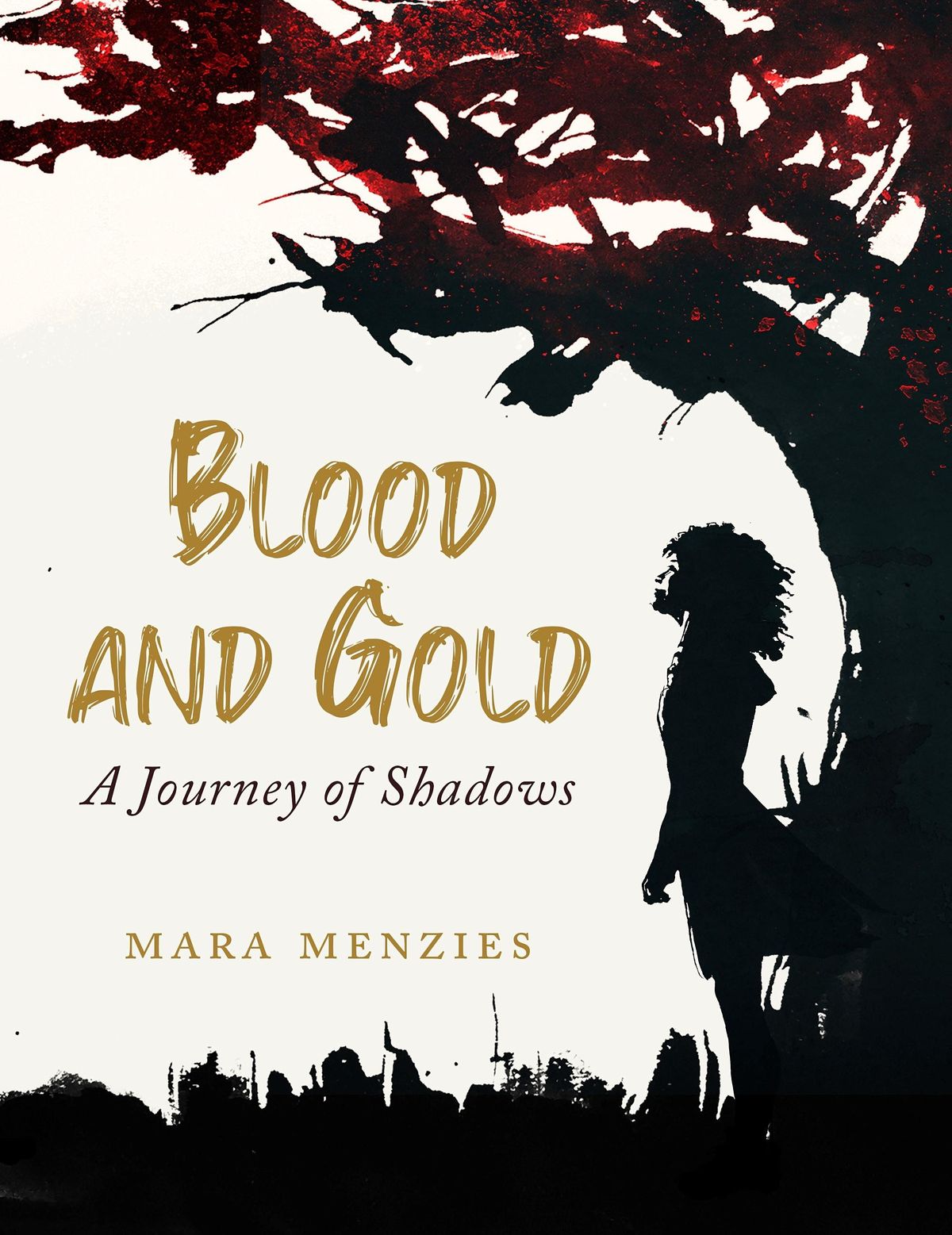 Mara Menzies
Blood and Gold: A Journey of Shadows

Thoughtful, thought-provoking tale of a young girl's attempt to come to terms with her history

Blood and Gold by Mara Menzies tells the tale of Jeda. She’s 8 years old when her mother dies. Although she’d been ill before she died, her death was, of course, a terrible shock to Jeda and her father. In the aftermath, as father and daughter struggle to come to terms with their loss, Jeda is tormented by a mysterious figure, the Shadowman, who invades her bedroom and her head, wallowing in and capitalising on her misery, taking advantage of her fragility to drag her still deeper in the abyss of her despair.

But a little wooden box with a golden band around it provides a lifeline. Her mother gifted it to her before she died. One of the things Jeda misses most about Rahami is her stories. And one day, hiding from the world in her bedroom, the box opens and Rahami’s stories pour out, driving the Shadowman back where he belongs. We learn about Rahami arriving in Edinburgh and marvelling at the towering spires. She meets a young, uncertain man, in the distinctive red stone halls of the Scottish National Portrait Gallery and they embark upon a whirlwind romance.

And the stories transport us to a warmer world. Some tell of Jeda’s own family: the hustle and bustle of a century-ago port in Rahami’s homeland. Others weave mystical, mythical tales of warrior queens and magical birds. Through the tales, Menzies provides a window into a world of shadows where Scottish families were majority shareholders in plantations on far flung shores, profiting from the labours of the people who called these lands home.

Menzies’ new and first novel is based on her hit Edinburgh Fringe show from 2019. She’s a narrative artist who draws on her Kenyan and Scottish cultural heritage to explore the history we’ve inherited and how it continues to influence the world (and in this instance, the Scotland) we live in today.

The book is bursting with ideas. The impact of a parent’s death on a child’s mental health. The impact of a child’s race on the way they’re treated by the people around them. And the brutal legacy of a heritage that most of us today would rather forget. Somewhat reminiscent of the incredible A Monster Calls by Patrick Ness, it’s beautifully illustrated by Eri Griffin, making it a lovely read for older children or early teens. But there’s also plenty in here for adults keen to learn more about the history and harmful attitudes that have created the continuing racism, hate crimes and rank injustices reported (and unreported) in the news today.

All the ideas mean it’s tricky to know whether Menzies meant this as a novel about mental ill health or a novel about our colonial heritage. Both are stories that need telling and it’ll be interesting to see where she turns her attention next.