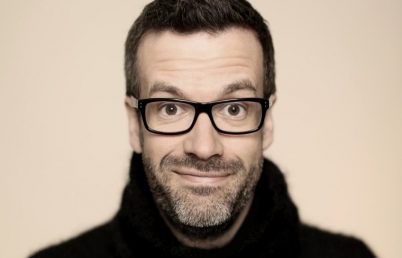 Marcus Brigstocke
Why the Long Face?

Despite not only the physical long face, Marcus Brigstocke finds a lot to complain about in this rather pointedly hilarious stand-up set. Lots of things irk him and he delves into a frenzied tirade against small details that maybe other people haven’t noticed before. Brigstocke has an ability to notice irritations that even the audience members are likely to be a culprit of – for this reviewer, I have always said “PIN number” without putting any thought into what I was actually saying (hint: abbreviation). The audience switch from “yes that annoys me” to “oh I say that” with each given subject matter and this familiarity works in Brigstocke’s favour.

Brigstocke starts the set a little shaky, the opening does delve into the comedian’s defiant disappointment at the state of modern politics. Whilst some of the satire here is relevant it doesn’t provide much in the way of belly laughs. With politics being the way they are now finding new jokes to describe the likes of Trump, May, Putin and lumbering Boris Johnson can be quite a task for a comedian. Brigstocke falls just slightly short here; perhaps politics is unintentionally amusing enough as it is.

Once Brigstocke gets on to more personal irritations, the first half of the set flows much better and he builds up a nice rapport with the audience. After the interval Brigstocke surprisingly does a U-turn with the set and talks about things in life that make him happy. He also talks to several audience members about things in their life that make them happy. It’s a lovely change of pace and the comedy is warmer, friendlier, and yet just as hilarious. Brigstocke adds splashes of poignancy to the set as well and he truly bares himself (in many ways) to the audience and there’s a strong connection made between the performer and audience. For those who have just came along to the Perth Concert Hall on a Monday night because there’s nothing much on the TV, then they may have just found their new favourite comedian.