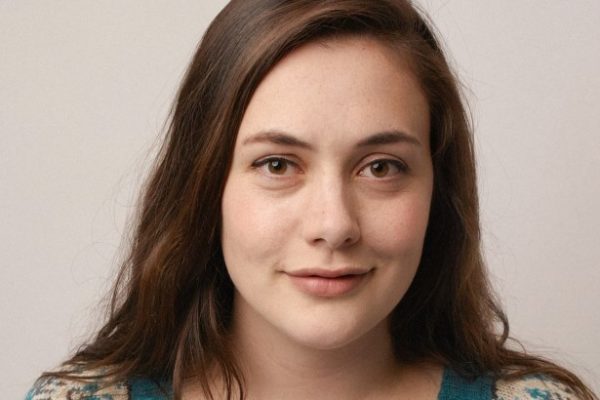 With the packed diaries that the Fringe involves it can be easy to forget which comedian is next on the schedule, but heading in to see Marjolein Robertson you’re reminded of the show’s Shetlandic theme by the piped fiddle tunes which welcome her audience into a round, faintly nautical room at The Stand. Strolling onto the stage with a grin, she complains of the heat and speedily discards a succession of bright, supposedly grandma-knitted Fair Isle jumpers.

These cliché staples are something her show plays up to and then cheerily subverts; kicking off the hour by encouraging the audience to join her in an ASMR experience of Shetland, she quickly squashes a Visit Scotland-friendly version of island life, instead re-enacting an unromantic and muddy ordeal that culminates in being dive-bombed by nesting birds. Having grown up on a croft, she supplies us with childhood tales of being recruited to help with lambing, hitting a good balance between gory and entertaining.

While her show may endorse certain stereotypes – in a place so small, dating your cousins is a risk – many of the laughs aren’t directed at her homeland, but at the BBC’s unrealistic depiction of Shetlandic reactions to crime, or at the potential tourists who inevitably fail to match the locals’ drinking skills. Addressing the audience, Robertson threatens to pick on anyone from Orkney, and turns the tables as she demands to know why the crowd doesn’t know someone from Peterhead – “YOU’RE FROM THE SAME ISLAND” she bawls, in a witty inversion of expectations.

Possessing an enthusiastic demeanour, Robertson darts between anecdotes with ease, sometimes strolling off on diverting tangents. The show is roughly structured by the idea that she is showing us a Shetland ‘spree’ – a kind of drinking binge only survivable by those connected with the Northern Isles, and often encompassing afterparties of dubious legality. Dating life is also a recurring topic, and some of these jokes are slightly weaker, though a story where she provides a potential suitor with bespoke salmon-catching guidance gets things back on track.

After featuring in PBH’s Free Fringe previously, this is Robertson’s fourth festival appearance, and Da Shetland Spree is an accomplished, thoroughly entertaining show. If you can’t hack the fourteen-hour ferry journey to Shetland, it’s certainly an excellent substitute.