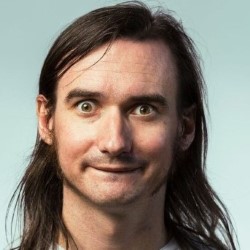 Cutting his teeth on Oxford’s ‘intelligent comedy’ scene, Matt Hobs brings a friendly combination of science, Bristol and badgers to Just the Tonic this year. BSc (Bristolian of Science) is not the infectious riot that some other comedians might offer. For an early lunchtime slot though, Hobs goes down with his audience like proteins being deliciously absorbed by the small intestine.

Immediately clear to everyone is Hobs’ unmistakable accent, and he wastes no time delivering a bit of dirt about Bristol. These early jokes don’t quite latch onto the crowd quite as expected, and come amidst Hobs trying to explain how the show is going to work. They are, however, lighthearted and funny enough to leave a lasting good impression.

It is when he starts to turn his focus towards science that the show really finds its footing. Never falling into the jargon trap, Hobs’ explanations are equal to that of the best lecturers, and undoubtedly funnier. His use of a PowerPoint even feels like something of a tongue-in-cheek dig at his university days. His scientific explanations for dating and romance border on the cringy, but leaves the audience laughing all the same. A Brian Cox conspiracy theory is especially brilliant, a ludicrous footnote that everyone gets on board with. Hobs would of course argue that this ‘theory’ is actually a scientific hypothesis. This lack of seriousness is an easy way to win over the crowd, something Hobs pulls off splendidly.

Despite the show’s title, Hobs’ relationship with science has been anything but easy. He is very open about how one particular incident during his PhD clouded his love for the subject, yet even down this more weighty story he finds glimmers of humour. He never loses the audience throughout this story, a testimony to the positive relationship he has with his crowd.

The show is occasionally a bit stuttery, with Hobs repeating things he has already said prior to diverging off onto something else. This never feels like too big an issue though. BSc is a very easy show to enjoy, starring a very likeable leading comic with a talent for multimedia comedy. It doesn’t matter whether you love science or hate it, because Hobs has been there, done both, and come back with a solid act to show for it. It will help, however, if you love badgers.