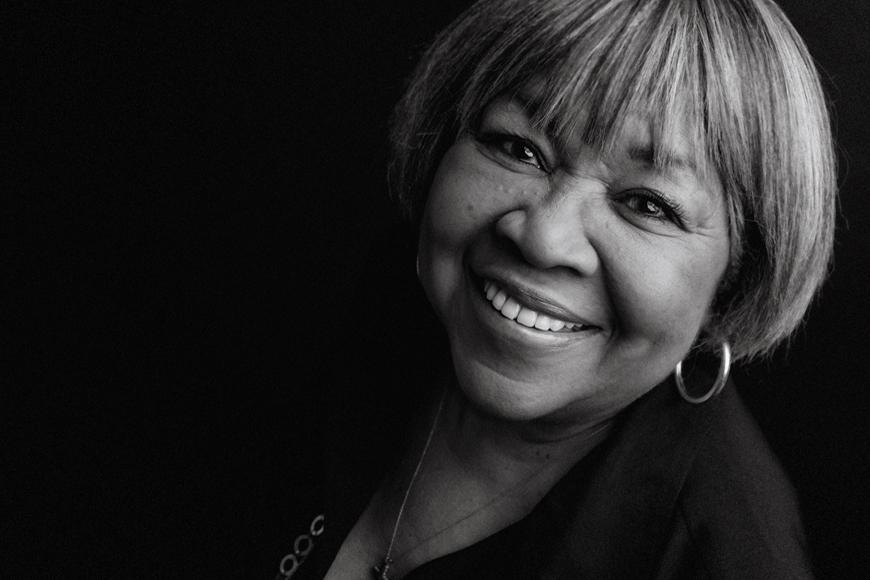 Glasgow’s Kitti opens up tonight, bringing a bit of sultry swing and funk to the Alicia Keys/Amy Winehouse school. The mononymous singer is visibly overawed by the big stage, and although the mixing is a little too low for her vocals, she belts every song out with a wealth of emotion. Solo piano performance, Pretty Girls, showcases the songwriting chops that go along with the stellar ensemble performance.

Mavis Staples, at 82, is undeniable R&B royalty, and she receives a standing ovation just arriving onstage. But this isn’t an exercise in victory lap box-ticking, or a late-career cash grab, as from the opening notes of If You’re Ready (Come Go With Me) it’s clear that Staples still has the pipes. She consistently gives it her all, bobbing and jabbing, throwing arms and shuffling around the stage.

The old Staple Singers classics form most of the set, with the gospel elements lending a spiritual vibe to an audience used to keeping it secular. But the fit of the music and vocals is too good to quibble with. Will the Circle Be Unbroken? and Handwriting on the Wall swing far more than they preach.

Staples gives a couple of monologues to shout out Kitti, remind everyone of the good Chicago vibrations they’re bringing and to introduce the band she seems constantly enamoured with (and they’re an amazingly tight outfit, even down to Staples’ assistant who keeps her supplied with camomile tea). They deliver a poignant cover of her father’s late-career hit, Friendship, and deliver the requisite funk for Talking Heads’ Slippery People. Guitarist Rick Holmstrom and Staples have lovely chemistry throughout, especially when vamping during the unexpectedly sexy Let’s Do It Again.

Closer I’ll Take You There gets into a steady groove and simmers along perfectly; a few lazy solos here and some harmonising there, with Staples giving her thanks to the audience and to the world in general for appreciating the music of The Staples Singers for the last 74(!) years. She might have to have the occasional sitdown, or a little pause for breath every now and then, but Staples is a consummate performer who still leads her band, rather than leaning on them, for a solid hour and twenty. It’s a rare delight to see her continue to do this after more than 70 years.