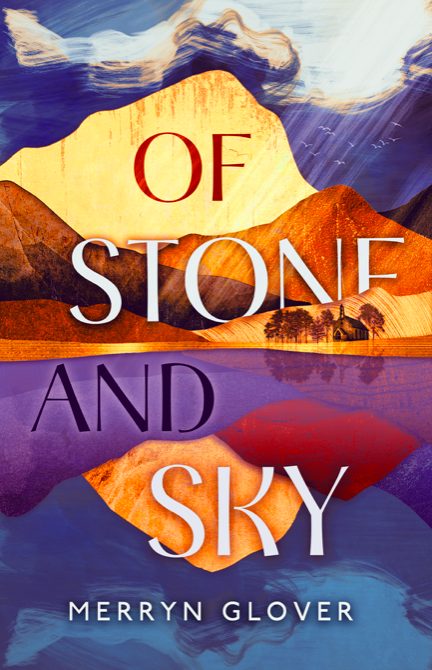 Merryn Glover
Of Stone and Sky

A family saga of the ties that bind

Merryn Glover’s latest novel is a work that, in its exploration of the ties that bind, transcends time. The story opens at the funeral of shepherd Colvin Munro, who has disappeared without a trace and is presumed dead. His life, and its series of misfortunes and events, draw together all those who knew him. In particular, his foster sister Mo and his brother Sorley, who are deeply affected by his death and try to trace exactly what happened to their brother.

The action is predominantly set in the Cairngorm mountains in the Highlands, although there are some interludes in places such as London. Glover’s treatment of the scenic beauty is ethereal and inspiring. The description of the landscapes, the sweeping drama of the skies, and the emotional connection of the characters with the land all lend a magical quality to the narrative. It almost makes the reader hunger for more of it.

One by one, Colvin’s possessions are found, strewn across the vast countryside. Those who are closest to him know of the significance of these items, and each layer is peeled off to reveal another aspect of the lives Colvin touched. Eventually, through Mo and Sorley’s stories, the reader arrives at closure.

Unfortunately the reader is not necessarily drawn into the characters of Mo and Sorley. Other than feeling pity at their individual outcomes, it is hard to get attached to either of them.  Mo’s journey is touching and her misfortunes could make the heart warm even more towards her but the author does not explore this. And Sorley is as much of a product of societal expectations as he is of his own bad choices. The reader is left with a desire to get under the skin of both of them a little more. But, despite the distant nature of these two characters, there are some others who, although brief, leave a real impression. One such character is Colvin and Sorley’s mother Agnes. Her story is beautiful, timeless, and a representation of hundreds of highland women.

Of Stone and Sky evokes a sense of land and belonging. It is a well-written novel which takes the reader through a journey of introspection and self discovery. A read to be savoured slowly.