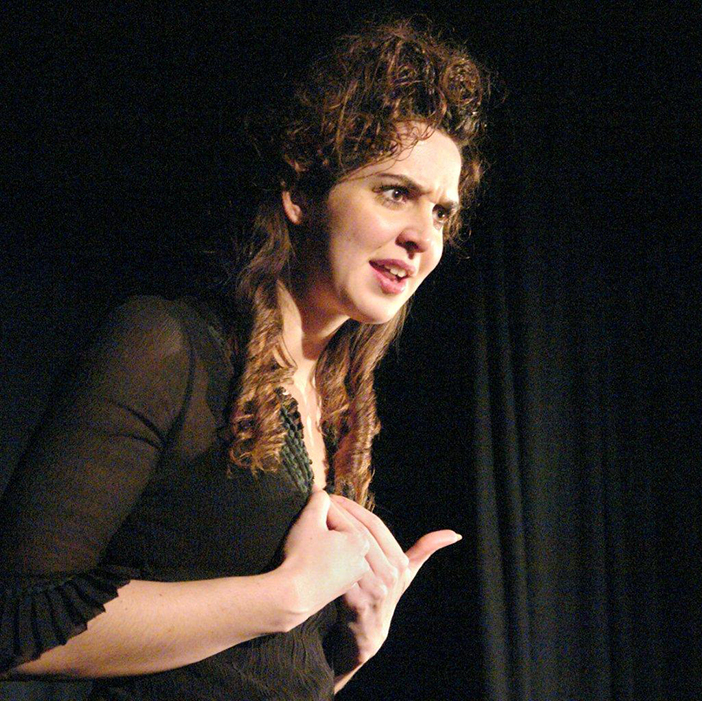 Intense, captivating reworking of Kafka's classic from the perspective of Grete

Kafka’s Metamorphosis, in which salesman Gregor Samsa wakes one morning to find he has somehow become a giant insect, has lent itself to all sorts of interpretations. This one, by Brighton writer Sam Chittenden, tells the story from the perspective of Gregor’s sister Grete. It’s Grete who takes care of Gregor in the book, a role she plays here too. But in this account, the real ‘metamorphosis’ is hers: this is a girl becoming a woman, changed irrevocably – by nature, yes, but also by harrowing experience.

There are two Gretes in the piece – the young and the old, or a before and after if you like – and solo performer Heather-Rose Andrews ably skips between the two, presenting entirely different physicalities and demeanours. Older Grete is stoic and dispassionate, and imparts her story to us with an aristocratic mien, like a grande dame of interwar Europe. The younger version is curious and bewildered, and does not immediately understand what’s happening to her; that is for the older Grete to contextualise, which she does, powerfully. Scenes are short but detailed, with an expressive classical soundtrack.

Andrews gives a striking performance. This is a dense, abstract work, but she’s fixed on her audience and determined in her message, so that even when the action is mysterious and unreal the tenor of the piece isn’t. The change in Grete is incremental and, eventually, destructive. We see that which nature brings – puberty and the first stirrings of sexual awakening – and that imposed on her by the world, the unwanted and forcible attention of men. There’s a meta aspect to this too: Andrews is also analysing how Kafka wrote the character of Grete, and how his descriptions reflected his attitudes. Most movingly of all, there’s an implication in the finale about Grete’s fate, and that of her own daughter, at the hands of other evil men.

It would reward repeat viewing, for the strength of the performance and to absorb more of what is an intense piece of writing. There are undoubtedly elements which might be appreciated differently when seen in a different light – so it is, fittingly, a piece which could change with each viewing.