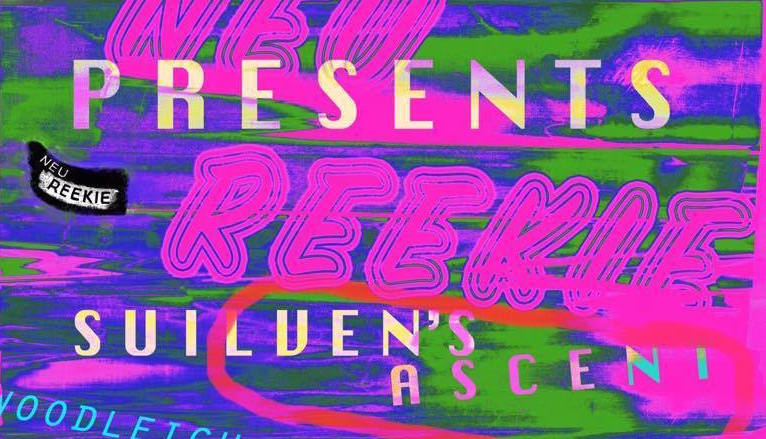 Neu! Reekie! curates a multi-artform bill that celebrates countercultures past and present.

In keeping with their mission to break down boundaries between classes and genres, Neu! Reekie! have hosted another curatorial triumph at Leith St Andrew’s Church. Kicking off with George Dunning’s 1968 animated film Yellow Submarine, the night moves through 1960s psychedelia and 90s rave culture to today’s forthright spoken word poets. It is a meeting point of countercultures past and present, all loosely tied by Beatles references, frank descriptions of sex, and electronic music.

The evening has the feeling of a momentous occasion, and there is much cause to celebrate. Just two years after reforming, Finitribe are giving us a preview of their upcoming album Suilven, due for release in 2017. We are also treated to the live debut of 90s techno staples Andrew Weatherall and Nina Walsh’s new project, The Woodleigh Research Facility. Neither act disappoints. Both use ambient synth and vocals to emit a dreamlike quality, with The Woodleigh Research Facility’s driving bass compelling their audience to dance and Finitribe’s set descending into a techno party in the pews.

This is also the Scottish launch of Sabrina Mahfouz’s first poetry collection, How You Might Know Me, which takes an unflinching glimpse at four women’s lives that are connected to the sex industry. Unflinching because she does not portray her characters as simple victims, but as down-to-earth matter-of-fact women with a job to do, no matter how they got there. Reading extracts from each character, Mahfouz delivers her stories with an unapologetic sense of humour. She captures women not only coping with their line of work, but also the ironic tragedy of their having to reassure their customers who would rather play the hero than the consumer. It is jarring compared with more typical accounts of sex work, but perhaps also more honest.

Following Mahfouz is Jenni Fagan, who commands a hypnotic presence as she recites poems from The Dead Queen of Bohemia. Fittingly for the night, Fagan’s poetry looks back into the past. “What Happened?” is a beautiful lament for a teenage life spent rebelling, loving fiercely, and seeking new sensations. Fagan also stages a reprise of “We Are Edinburgh”, which she last performed with Neu! Reekie! in May. Both poems are wistful, raw, and deeply relatable for anyone with a nostalgic sensibility.

Kevin Williamson tells us that this year is also the 25th anniversary of Rebel Inc, an early publisher of Irvine Welsh who was recently shortlisted for the Saltire Literary Award. Tonight it is as if Edinburgh’s underground is celebrating not only its continued legacy, but also its significant impact on mainstream culture. That this happens in Leith, arguably Edinburgh’s counter-cultural and creative hub, is an added bonus.