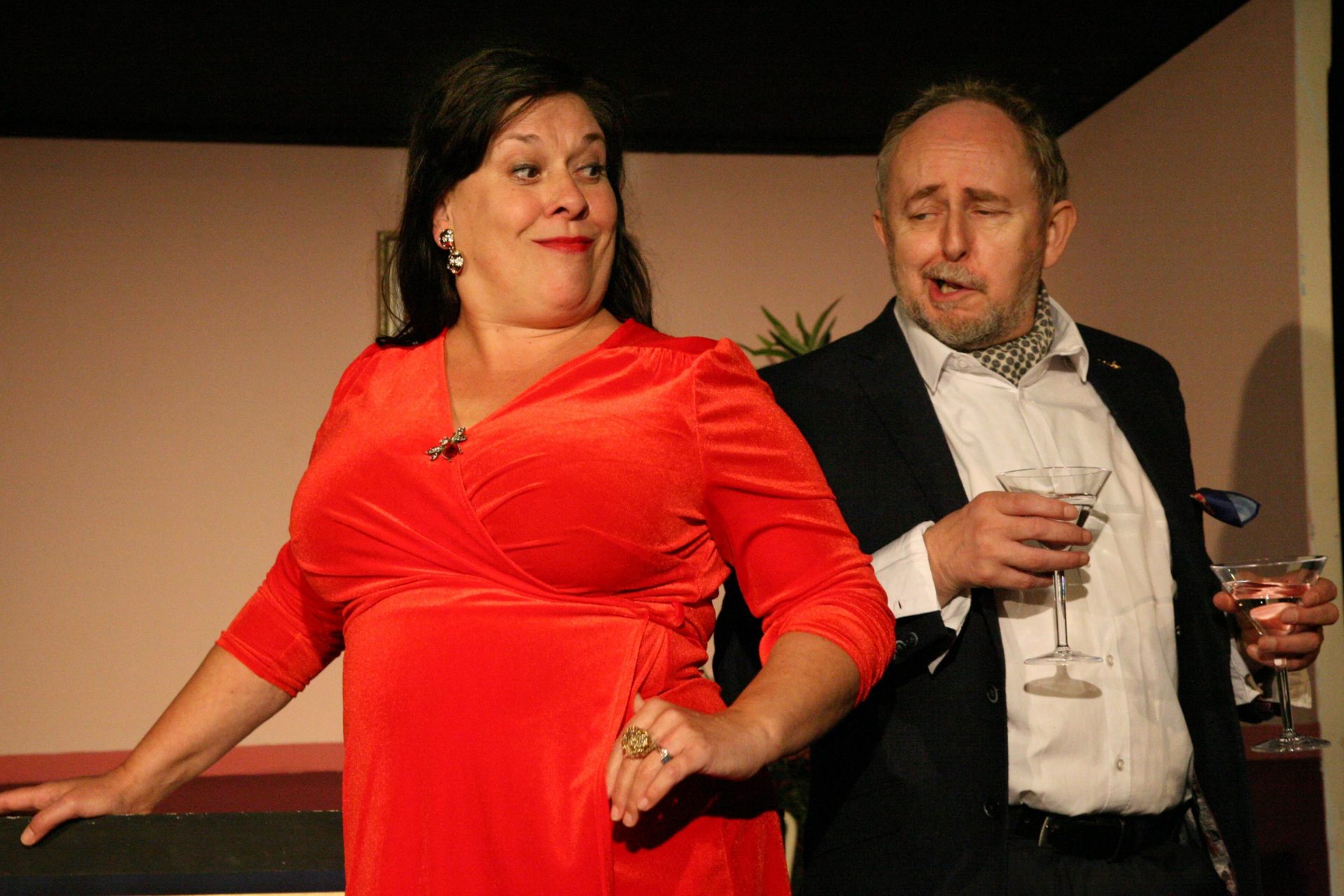 Glasgow-based writer Kim Millar turns her well-honed television writing skills to the stage for this week’s A Play, A Pie and A Pint at the Traverse in Edinburgh, Number One Fan.

It’s just another morning in the McArthur household: Jan (Joyce Falconer) and her husband of 16 years, Andy (David McGowan), are having their morning cuppa at their breakfast bar.  He is already dressed in a petrol blue suit and strippit socks.  She is her red satin dressing gown, attempting to breeze away her menopausal symptoms with a fan.  Both are discussing their shared tempestuous night that was the result of her hot flushes (rather than their hot sex). It is into this normality that Andy throws the grenade: Andy has met another woman – a much younger woman – and he’s moving out the marital home. Recently fired and soon to be husband-less, Jan’s future is not looking too bright. Add an unresponsive feline friend (spoiler: she’s dead) and a conniving women-hating columnist, and it’s no surprise that Jan starts to become a little unhinged.

The misogynistic words of cravat-wearing sensationalist writer Jack Bonham, creepily and comically captured by Callum Cuthbertson, convinces Jan that Bonham has planted the idea in her man’s head that older women are worth ditching for a younger, firmer version. For Jan, the only possible explanation for her husband’s infidelity is that Andy must be Jack’s number one fan! The fallout from the bomb dropped in this once-happy home results in a darkly funny play with enough twists and surprises to keep the audience on board throughout, as the rage of this scorned woman kicks in and her fury focuses on the pathetic, ageing journalist that is Jack Bonham. The various mini acts, directed by April Chamberlain, are played out against a set designed by Jonathan Scott and Gemma Patchett, which is split by a screen of giant red poppies. On one side is a pink walled domestic scene, with a photo of the couple in happier times, and on the other what looks like the common stair to their flat.  These could be seen to mirror the comfortable marriage Jan once knew in contrast to the grey starkness of the world Jan and Andy are set to face.

All three cast members are A Play, A Pie and A Pint regulars. Led by the wonderful Falconer, who’s on hilarious top form as the revenge-wreaking wife, they bring strong performances to Millar’s dark comedy that exposes human hidden strengths and vulnerabilities. Number One Fan has all the ideal ingredients for A Play, a Pie and a Pint afternoon, with the added touching reminder that most folk just want to feel wanted. It’s well worth catching!