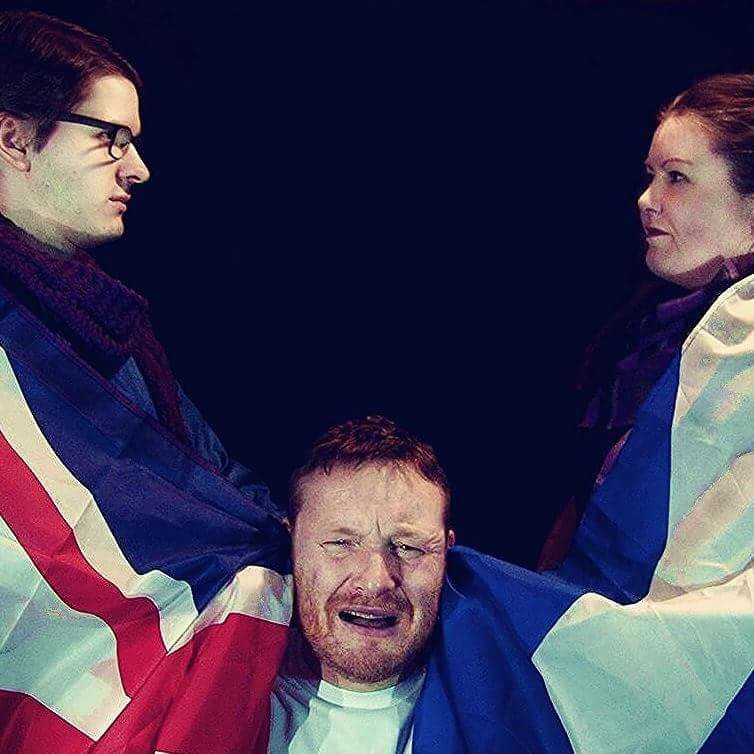 Once In A Generation

Smart and witty piece of new writing about a future-defining national vote. No, not that one.

Once In A Generation is a play about a decisive political vote: a referendum that was eventually won by only a few percentile points, and which would decide the future of a nation. Refreshingly, though, and very much bucking the trend for this year’s Fringe, it’s not about Brexit.

Mary is a flag-waving, badge-wearing Yes voter. She returns home on the day of the 2014 Scottish Independence vote, jubilant and excited for the future. Her husband Dave is not so sure.

Julie A. Calderwood’s script is witty and smart, and full of natural-sounding relaxed dialogue. There is, by necessity, a lot of exposition that has to be delivered in a play like this, and by and large the script manages it very well, only occasionally lapsing into soundbites or awkward info-dumps. The relationship between Mary and Dave is at the heart of the play, and Anne-Marie Feeney and William Speirs are both excellent. Their relationship is believable and nuanced. The love that underscores their bickering is clear to see, and very nicely played by both.

The introduction of a third character – Campbell, a door-stopping No campaigner – disrupts the balance a little. Campbell feels more of an exaggerated caricature than either Mary or Dave, and his dialogue sits awkwardly next to their more easy-flowing lines. Often, he serves as little more than a strawman for Mary’s rhetoric, or as a deliberately extremist example against which Dave’s arguments naturally feel more centrist.

Whilst it’s obvious where the play’s political opinions lie, there’s very little browbeating of the audience, and each of the characters is given several moments in which they can deliver some winning blows for their side. This play – just like each of its three characters – is proudly, unapologetically Scottish. There are a few jokes and colloquial nods that only a Scottish audience will appreciate, but Once In A Generation is not cliquey or exclusionist, and actually does a credible job of representing the debates that went on in Scotland in the run-up to the referendum. The direction makes the most of the quite restrictive space at The Mockingbird Upstairs, and while the occasion use of projection is very hard to read, the play actually feels very much at home here. Ultimately, it’s a subtle study of a long-term relationship as much as it is a political call-to-arms.