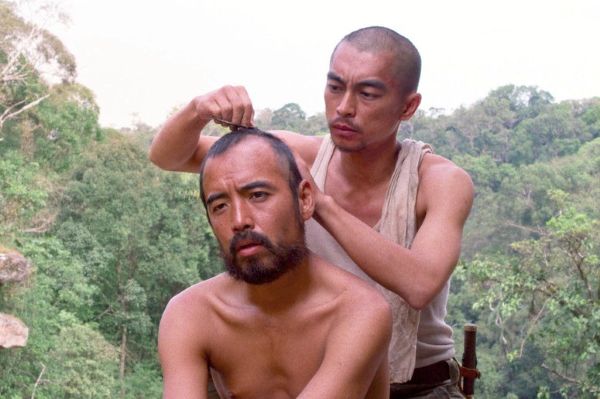 A moving, meditative film on the futility of war

Eden Court Cinema brings a wide range of exceptional films to its Highland audience. Onoda: 10,000 Nights in the Jungle is an example of its eclectic choice.

This is a moving, meditative film on the futility of war.  It follows the traditional path of showing pointless violence. This violence is even more terrible as Japan surrendered, and the war is over. The continued bloodshed is seen through the lens of the men’s fanaticism.

Director Arthur Harari’s film concentrates on the lives of four characters who create familial bonds, built under pressure. Their arguments are those of siblings whose proximity spills over into anger. These distinct personalities are watched over by the tranquil gaze of their leader Onoda. Only briefly will Onoda break his calm and fly into a rage. In his youth, Onoda is played by Yûya Endô. As he matures the part is taken by Kanji Tsuda.

Harari has chosen to make an episodic film which jumps between key moments. Many of these episodes are united by a song. Each singer has to supply individual lyrics to make this song personal to them.  The incidents do engage, but with a total running time of 2 hours 53 minutes, the film is a challenge for the audience.

There is a Robinson Crusoe vibe. Not simply living alone on an island but the satisfaction of discovering how to survive in the wild.  They build huts, sew clothes, and learn what is safe to eat. The patched and worn uniforms seem authentic. When Onoda eventually comes out of the jungle, attracted by singing, he carries what seems to be a living wall on his back.

The island setting is given a personality. Treasured places with unique names noted in diaries and on maps. Although among nature, heavy vegetation and the need to hide make the outdoors claustrophobic. This is added to by the constant rain which traps them.

Onoda’s determination to stay at his post until relieved of duty is admirable. This determination also gives insight into the self-talk of the fanatic. As news of outside events filters through to the camp, it is twisted to fit into their worldview. A wait at the end for captions to say what happened next was futile, as none came.

This is a nearly unbelievable tale of dedication. It is instructive that the explorer who found him was searching for, ‘a panda, Lieutenant Onoda, and a Yeti’. Indeed, Onoda’s story is as extraordinary as that of finding the latter.