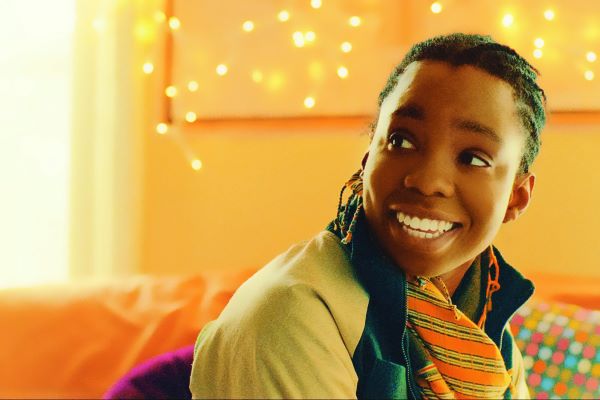 Immersive and personal coming-of-age drama is an excellent debut

Dee Rees’ stirring debut Pariah is a prime example of the principle of writing what you know. This semi-autobiographical story of a black lesbian teenager negotiating potential relationships and a closeted home life feels intimate and authentic. Centring around a superbly modulated central performance, it smoothly navigates some tricky intersections between race and sexuality, even if it adheres to the rhythms of a modern, Sundance-friendly, coming-of-age indie drama.

Alike, or ‘Lee’ (Adepero Oduye) is a sensitive Brooklyn teenager. At 17, she’s finding the journey to adulthood more fraught than it should be. Although she’s comfortable with her sexuality, she’s still figuring out her gay identity – she’s tomboyish, but more feminine than overtly butch best friend Laura (Pernell Walker) – and is still sweetly at the ‘never-been-kissed’ stage. Of even more concern to Alike is her situation at home. It’s clear that her parents Arthur and Audrey (Charles Parnell and Kim Wayans) are aware of her tendencies, but are hoping that it’s a dalliance that will pass. It’s also clear the worry over their daughter is eroding the fraying bonds between the jaded pragmatist cop Arthur, and the intensely religious Audrey.

Alike’s vibrant, intimate world is one that clearly springs from real-life lived experience. It’s actually a fairly comfortable one, although there are occasional nods to how hard Arthur has had to work for the extra middle-class trappings the family enjoy. Alike consistently excels as a student and expresses herself through poetry. Rees doesn’t feel the need to artificially play down Lee’s relative privilege. Instead, she compares and contrasts her life with Laura’s, completely estranged from her mother and struggling to make ends meet as she lives with her sister. As such, it doesn’t strain towards unnecessary drama, finding a sweet spot of unvarnished verisimilitude achieved by Céline Sciamma‘s Girlhood and Sarah Gavron‘s Rocks.

Oduye takes this all in her stride with her multi-faceted performance, rich in the simultaneous belligerence and uncertainly of late teen-hood. It’s even more impressive given the actress was in her early 30s at the time. She’s utterly convincing in the role, aided by Arrival cinematographer Bradford Young‘s intuitive camerawork that softly allows its focus on Alike’s face to drift out of clarity in moments of uncertainty. Walker and Aasha Davis are also great as Laura and Bina, Alike’s potential romantic interest, ironically introduced by Audrey as a blatant method of getting Lee away from Laura’s ‘bad influence’. Kim Wayans unfortunately rather gets the thin end of the wedge as Audrey. Compared to Arthur, who is flawed but compassionate, Audrey comes to represent a deep-rooted vein of homophobia in black evangelism. Ultimately as close as the film comes to a villain, she is so rooted in her beliefs that the character itself is backed into a corner. It rather feels like Audrey’s position is one that Rees as a writer most struggles to understand, and as such is the only one that feels like a clunky cipher for a larger, and more nebulous, cultural group.

Despite a few issues surrounding secondary characters, Pariah is a superb example of passionate and intensely personal filmmaking that examines an unfamiliar viewpoint with sensitivity and skill. The familiarity of its coming-of-age structure isn’t necessarily a flaw. Instead, it has an instant accessibility and a potentially wide reach that can only inspire more people with comparable stories to tell.  As we’ve seen, while a film like Moonlight gaining huge recognition is great in terms of black LGBTQ+ representation overall, there remains only a few example of the female, black, queer experience to have achieved a measure of success in recent decades (only 1996’s The Watermelon Woman and Rafiki from 2018 readily spring to mind, both showing the variety of narrative possibilities within that thematic frameworks). As a piece of filmmaking on its own terms, it’s an excellent debut by Dee Rees, and thankfully an example of early potential fulfilled, given her superb Mudbound in 2017.