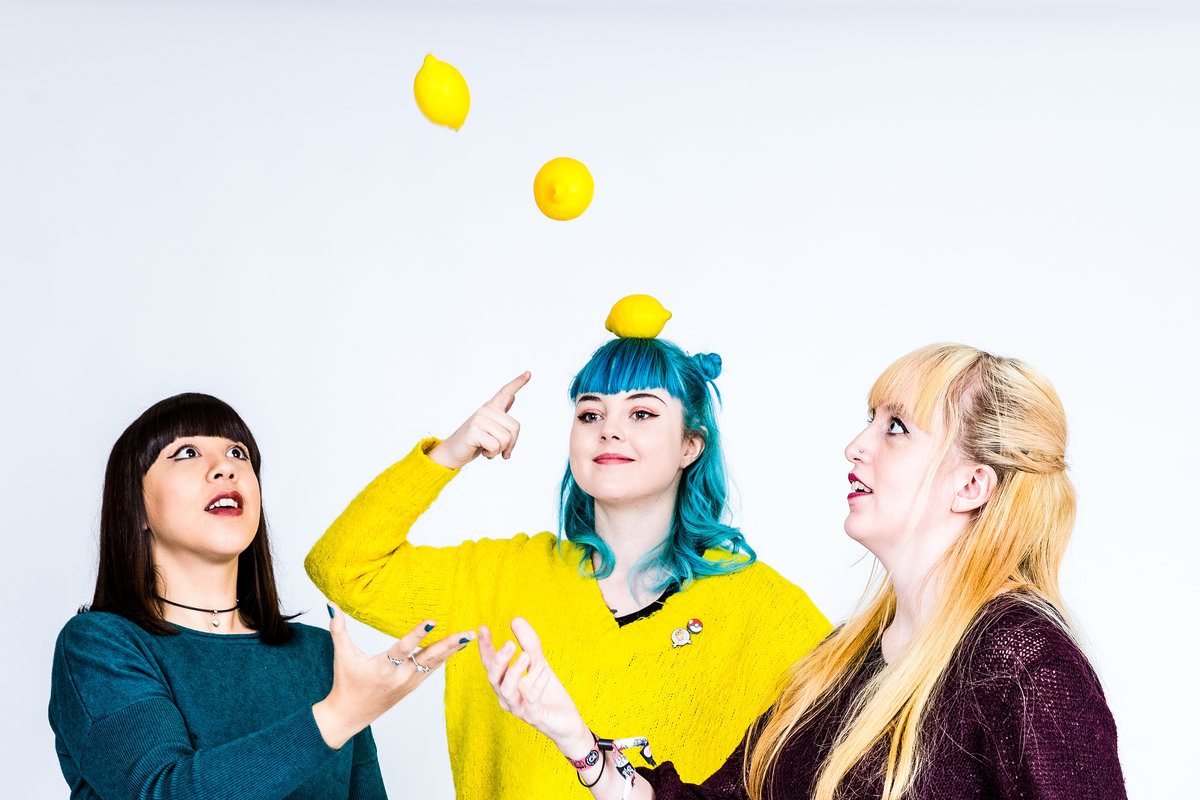 Peaness prove the buzz around them is justified with a blistering show.

Tonight there is a fantastic three band bill at Sneaky Pete’s in Edinburgh. The venue is close to capacity, possibly due to the fact that it is Saturday night, but mainly due to the headline act having a bit of a buzz around them. Peaness are a three piece from Chester and only have a handful of EP and single releases to their name. From what music they have available it is obvious the trio have a knack from a good indie pop song and the buzz around the band seems to be justified.

First up is local act Tongue Trap. After a shaky start the band get in their groove and play loud and powerful indie rock. They sound not too dissimilar to Sleater Kinney and their short set is filled with short, sharp and interesting songs. Next up is another local act Mt Doubt. They have a grungy sound to their music that goes down incredibly well with the audience. The band are a five piece and take up a lot of space on the tiny Sneaky Pete’s stage. Mt Doubt play a very enjoyable set and it definitely looks like they won over many new fans this evening.

Peaness have been touring extensively recently and have already visited Glasgow and Aberdeen on this tour before reaching Edinburgh. The band show no signs of fatigue and take to the stage with a burst of energy. They open with former single Same Place and then dive straight into Summer Song from the No Fun EP. The band are definitely in an upbeat and chatty mood and seem very pleased to be playing in Edinburgh. The set is mostly made up of new songs and tracks from latest EP Are You Sure?. Their songs are filled with infectious melodies and pop punk goodness. With no album released yet, their set is fairly short , but the packed out venue were definitely hooked on the music Peaness create. For a three piece with the typical drums, guitar and bass setup they definitely make a lot of noise and are a captivating live act with the tunes to back up their growing reputation.